You just described every pre-E3 period. Maybe you're right on whether pre-E3 talk is a mix of speculation, but there have been many, many instances where announcements, even video footage, have been spoiled before their respective conferences.

In the end of the day, I don't think Jason needs to apologize for anything because it's not like he spoiled that on the next Zelda game Link beats Ganon. It was a leaked character on a game; we've been spoiled with worse. With how information is dealt around the industry these days, this was probably going to leak before the announcement anyways.

I know I'm asking for WAY too much, but wouldn't it be something if they announced a new Switch Castlevania game at the end of the direct?

I heard Richter is Simon's echo fighter, but is that really true? 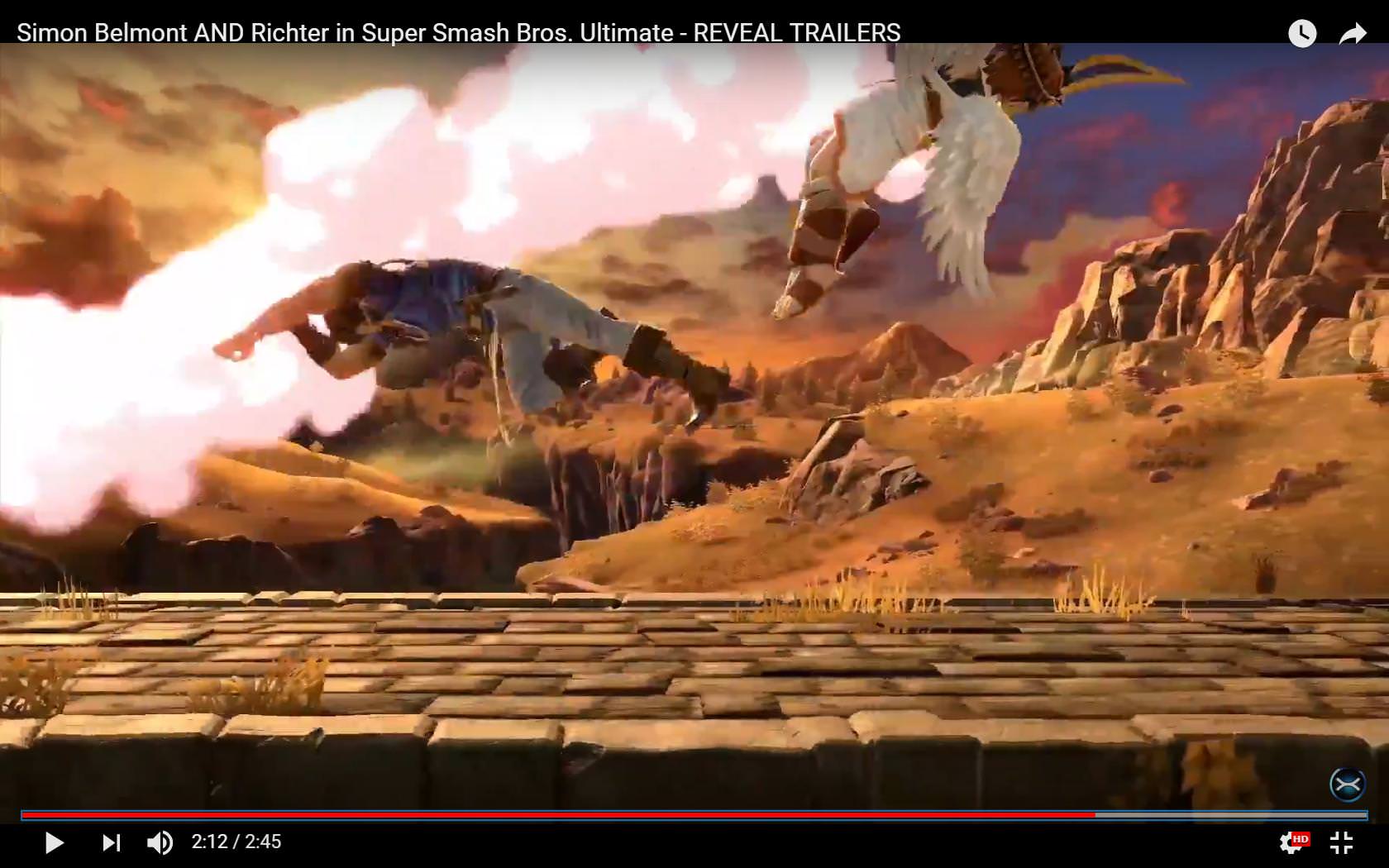 I'm pretty sure this is a Richter move that Simon doesn't use.

Yes, Richter is Simon's echo fighter. That said, Sakurai mentioned Simon also uses some Richter moves, so it's sort of like they both echo each other.

Ah I see. Yeah I  just saw that part now. So they're a mix of each other. That makes sense then. 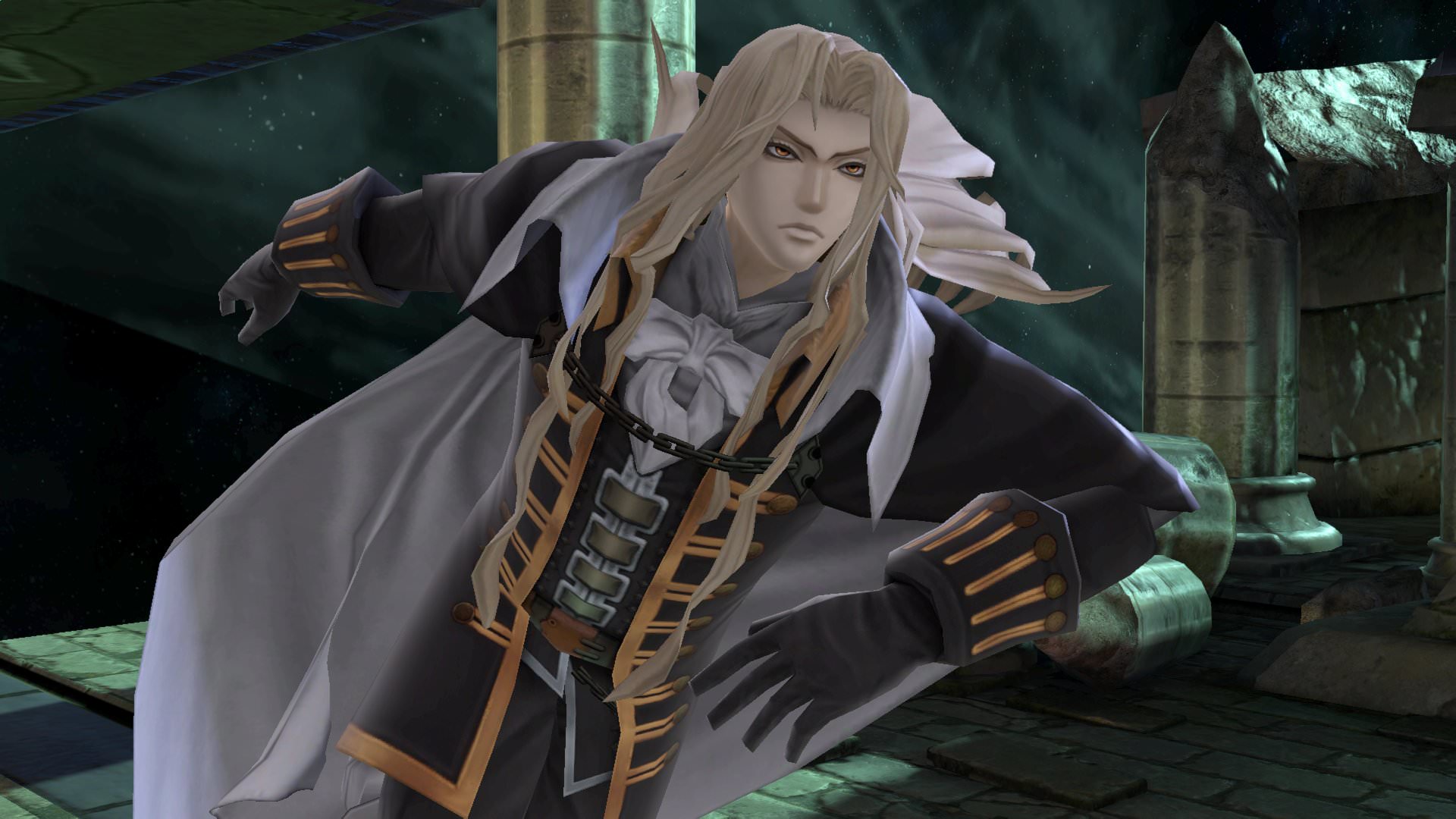 Also really liking the new training stage showing the trajectory of your attacks. 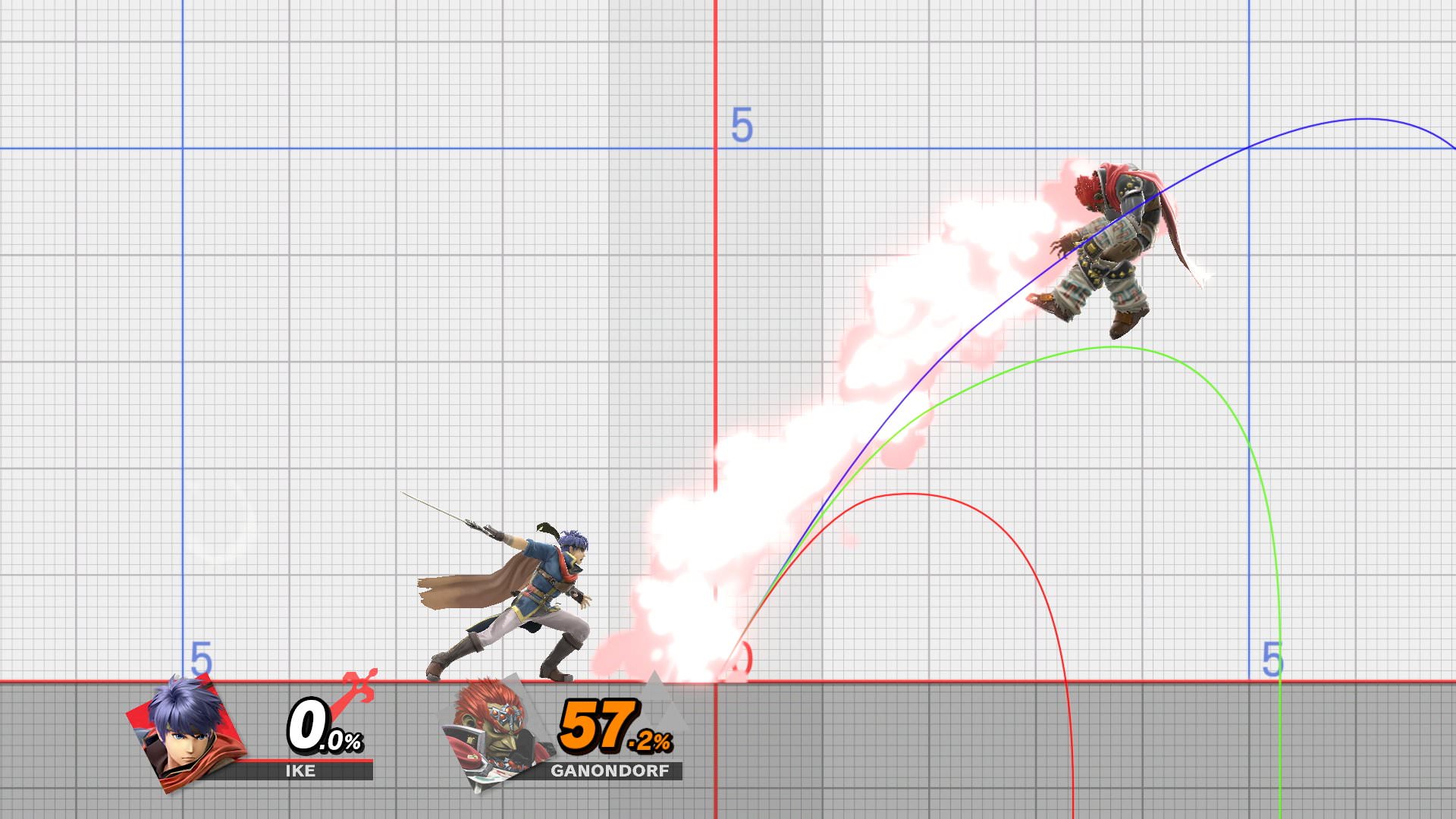 And the news of a Final Smash meter has gotten people wondering if it'll be tournament legal. 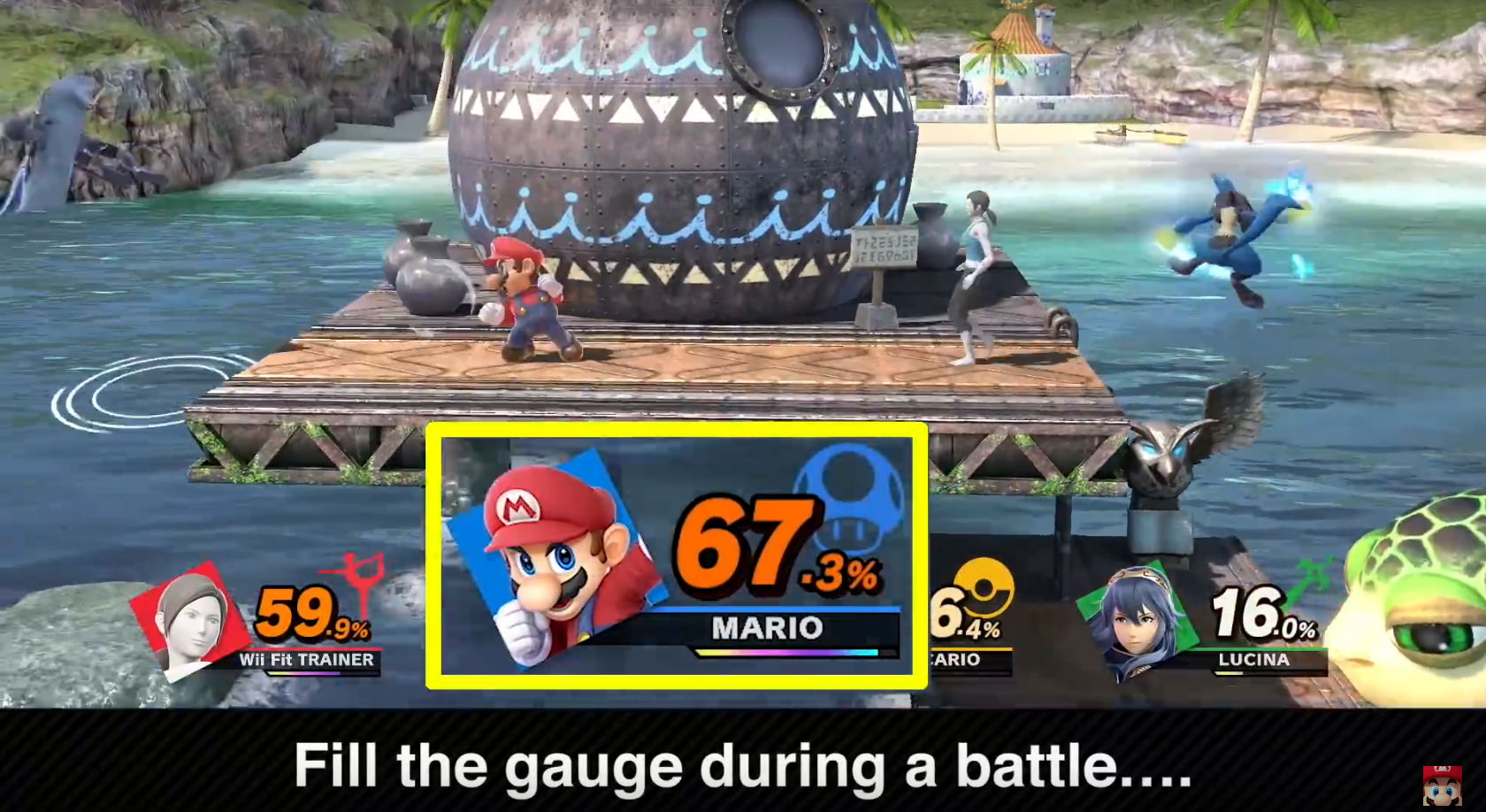 I'm guessing no, because there are some crazy ones. But Sakurai did say they're weaker versions, so depending on how much weaker they are, there's a chance.
And it would make for more entertaining matches to watch in some cases. Either way I'll probably have this setting on a lot when I play.

Yeah, training mode is looking like a big improvement but if it ends there I'll be quite disappointed. The line colors showing the trajectory for 0%/100% rather than inwards/outwards DI is pretty sad, but I can hope they can at least implement some more decent features like that.

As for competitive final smashes, I really hope not, I just don't like that kind of thing in any fighting game and have thought it a blessing that Smash was still safe from it. In any case, it looks to be even worse in Smash than other fighting games, as final smashes can be even more obnoxious and slow down the pace more than special moves in other games - for example Ness' final smash just looks like a long, drawn-out nuisance if used during a competitive match, and many more will follow through. That said, Meta Knight's final smash is crazy awesome and I'd be lying if I said I didn't want to use that a little more often.

Yeah, I do hope they also have an option for showing how they're sent flying with DI taken into consideration. It wouldn't seem that strange of a concept, considering traditional fighting games training modes lets you chose whether your knocked down opponent will do a quick getup, or if an opponent you attack will guard after they're hit (to show what is a real combo, and what isn't) etc. Basically, they consider the opponents different options in specific situations and let you adjust the settings accordingly, so hopefully they have something like that for DI.

As for Final Smashes, yeah, there are some I would always like to see, such as Marth's (if it's still the same as in Brawl.) It was just a quick critical strike with a satisfying look and feel to the impact. And then there are Final Smashes like Falco's where he drives a ridiculously large tank around the stage...

We've seen a lot of fighting games that traditionally never had super attack animations now having them. (Tekken 7, Soul Calibur 6, and Dead or Alive 6)
And I'm pretty sure the games appeal to the audience in terms of e-sports has been a factor when they considered things like that (and the slow-motion mechanic in Tekken as well).
Given that Smash just has so many different options, it's hard to say if being spectator friendly was a prominent factor behind this decision, or if it's just to give us yet another option. Though the fact that they're toned down versions of their original versions may be an indication of them trying to get this to be a commonly embraced setting. In particular for e-sports.
But if that's the case, I don't know how they would balance some of those Final Smashes. You don't want them to go on for too long, so they may have to reduce the duration of some, and they also shouldn't be significantly different in terms of how useful they are. (For example Marth's Final Smash can only K.O. an opponent once, while Falco and Sonic's can K.O. the same opponent multiple times.)

But I'm liking the idea that maybe we'll be seeing Final Smashes that are cut down to a tolerable length, and reasonable power/knockback.
Though I'm not getting my hopes up. All it takes is one single Final Smash to not be suitable, and ruin it for the rest of them.

Well they already addressed this at E3, when they said all Final Smashes are now "quick and straight to the point". Basically all the newer characters have cutscene OHKO Final Smashes, and the older ones have been mostly adjusted. The obnoxious Landmaster Fox and Falco used is thankfully gone, being instead replaced by a much more awesome Arwing attack (cutscene), and Sonic's Final Smash is basically a quick screen wipe and it's back to action. So, no Final Smash is going to be able to KO the same opponent twice, and since nearly all of them are essentially OHKO's then they should be... "balanced".

I just don't like the idea of it, that's all. It's cool to have these for casual play, but competitively I just don't wanna be forced to watch cutscenes.

Oh yeah, they did say that, come to think of it. But I remembered a Star Fox cutscene with a ship going into space I think, so I forgot about the "quick and straight to the point" part. I wonder if that one is considered quick in comparison to others.

But yeah, I can understand not wanting to get interrupted by cutscenes, or the screen freezing. Even though it's something I've never really considered until people started complaining about them being added to Tekken 7, because cutscene supers have been a part of fighting games for almost as long as I can remember.
In the beginning there were none in Street Fighter 2, but that didn't last for long. Fatal Fury and Art of Fighting had Super moves, and Super Street Fighter 2 Turbo followed suit.

This was probably the first Super I ever saw:

While there was no cutscene per say, or even freeze frames, if it connected you essentially had to watch a choreographed sequence for a few seconds.
These soon evolved to ones that would freeze the screen on the startup (King of Fighters and Street Fighter Alpha), and eventually some had cutscenes regardless of whether or not the move connected with the opponent.

But because I always liked the idea of Super moves, and accepted them as a natural part of the games, I never got annoyed by the cutscene concept.
That said, some of them can be annoying, like how long the landmaster stayed on screen in Brawl.
Even though the Tekken series was probably my main fighting game throughout most of the 2000's, when the Tekken community started complaining about their inclusion (not sure if it was mostly based on a gameplay perspective, or visual) I was reminded that not everyone considers them a natural or welcome part of fighting games.

Though in case this mode is intended for e-sports and does get accepted, it may be a consolation that I think people got used to it after a while in Tekken. At least I don't see complaints about it any more. But if you never get used to it, I can see why that would be an annoying element. Hopefully Sakurai's team balance them with this in mind.

Also, unrelated, but maybe it's a testament to my preference for Supers; I happened to uploaded this clip on youtube just now because I love the look of Orochi Leona's Super in KOF Allstar. :)