There are some new ones:
#41 Octopath Traveler
#48 Horizon Zero Dawn

Both new IP from this gen, but your right, most other things are IPs that are atleast 1gen old...

Where are the links on the front page?

Is PS4 sold out again?

But the NES classic is a much better value, for the price.

Nice to see the Spiderman PS4 Pro get a restock, seems like this is the only way for people to get their hands on a pro.

Looks like Switch will fall a little in august, seems like it's doing pretty average.
Expecting to see the PS4 spidey bundle to sell really really well.
Hopefully the direct tomorrow will show some stuff to bring back the hype for the Switch. I really feel like Nintendo aren't releasing that much first party wise this year. They will need to change that tho, which should be the case since they will have only one system. 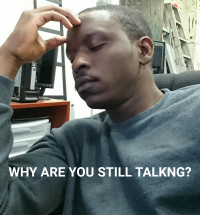 Amazon vs Sony is over?