Nope, public traded companies have no need to report their sales or anything similar. They report revenue, profit, earning per share, etc and also doesn't have to do any breakdown per department

In a sales sites no it isn't.

And we don't really have a Profit/Revenue of the consoles or MS SW because it at least is contaminated with 3rd party royalties.

Or can you help us determine how much Profit and Revenue X1 brought as a console or SoT, SoD2 and others did?

The biggest issue is putting the royalties together with all else which make us have no idea of how they really are doing on a console/sw sales discussion forum.

I hope Sony doesn't ever come near it even if it would bring they more money, not the type of product I like.

The consumer? You mean those who dont care about quality? Sure, but the gamer who appreciates his hobby wont welcome it. 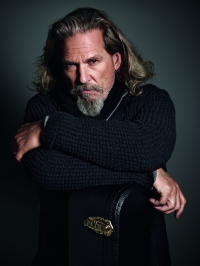 Microsoft as a company is doing great, but from the report, you can't even tell is the gaming division profitable or still making losses..

Earnings are up.
Profitablitly is up

Xbox didn't make any losses since the release of Xbox 360 Slim and Kinect.

Bing and Surface were the last sub division that went profitable the last few years.
And now they don't have any loss making major division anymore.

It also shows they ended up with $10.6 billion in operating income in that “More Personal Computing” division.

So, it’s very possible that they could have spent more on the Xbox brand last year than the $10 billion they pulled in.

Im just saying they don't breakdown profits when they talk about Xbox.

And we will never know just how the money flows inside the XBox (ad)venture.

One thing is VERY clear: MS loses a shitton of money on XBox1 hardware. And I don't mean they lose "a little" on every console, it is SHITTONS of money.

Consider the following: The PS4 recently saw a price hike by 10% in Europe. Probably the result of the ram deal that had to be renewed, at worse conditions as we all know ram prices are very high at this time. They upped the price of the base model from 299 to 329. They really do not want to lose money on hardware. Now consider this: there is a plethoria of XBox1 bundles in stores, ranging from $189 to $279 (each including three major games, and some have 3months of Live in addition to the games). There is _no way_ MS can produce those bundles at those prices and be profitable on the harware product, not even even marginally.

Now consider next: How much does XBox1 actually pay (yearly) for using, maintaining and expanding the Azure server farms Live feeds on? Have they ever paid anything or have they been free-riding on Azure services?

Now consider next: What happened to all those millions of (expensive, not cheap) Kinect2 chips and parts that were never put into Kinect2s? How much did that fiasco cost? Kinect2 is not cheap at all to manufacture. It is a brilliant technical gadget that (imo unnecessarily) died in its infancy. How do you value the many VR businesses that MS bought out during development of the XBox1  (which probably could also have been a preemptive strike against competitors)? What are all those VR people doing now which were supposed to do XBox1 VR stuff?

There are a lot of things we do not know and will never know as MS is absolutely silent on the details. There still is no clean "XBox division" for an answer (or a good guess), it has also always been padded with profitable "stuff".

Thank you.  i thought people were being sarcastic (I hope) about the answers.  As an accountant, some of the responses were hurting my eyes.

What do you make of the numbers?

This is somewhat a narrow view of Microsoft's business plan in regards to expanding its gaming prospects. You see for them it's not just about console sales and wars. For them it's an expansion opportunity for the gaming industry beyond consoles (eventuality) through the use of multi device platforms and a clever subscription based model which both Sony and Nintendo would be wise to follow down track if they are to future proof their gaming business. Microsoft are doing well in this regard by expanding to Windows 10 PC's as well as mobile down the track. If you ask me that's the way.. Xbox subs are on a the rise in a healthy way and 50 something million is nothing to scoff at. I'm sure any business would be happy with growth like that

This is not just a Sales Site.