Yeah his memories was all messed up and misplaced, it's thanks to Tifa's help he was able to put them back in order.

https://youtu.be/GCQ-RZrz5rI?t=4m12s
Announced and paid for by Sony.

In 3 years since FF7R announcement this is the first glimpse we've had at the game, and it's two hazy shots of a character model.

The thing is, Cloud ALWAYS looked cool. Wtf??? Who says you can't be cool and not be in Soldier??? Because back in 1997 Cloud by far had his coolest design in the CGI form.

I was actually wondering if you were going to bring up The Last Guardian, and if I should specify what I'm about to say, but I settled for saying "games some time end up on different systems than intended", as that covers The Last Guardian, among others.
But if that wasn't clear enough, let me be more specific.

Most games don't skip out the initial system they were announced for. This happens in rare cases. On top of that, a financial transaction between two different companies have been made to ensure that people play it first on Playstation 4.
Why does it matter if it's a contractual agreement between two different companies, you may ask? Well if the studio behind The Last Guardian (who are owned by Sony) want to move the project over from PS3 to PS4, it would be Sony's own decision, and they're not at risk of getting sued over a breach of contract, or anything like that. And their reasons for moving it to another platform is ultimately in Sony's own interest. Not the ideal situation, but none the less, it was decided with Sony's own interest in mind. (The story behind that decision was that they realized they couldn't create the game they wanted for the PS3 hardware.)

However, Square moving FF7 up to another system, even if it's for the same reason (that they can't accomplish what they envision on PS4), would primarily be for their own interest. They do not own the Playstation brand.
So the reaction from Sony for a request to move a title from one console to the next from an internal developer who works solely for the interest of Sony will not be treated the same as a request from a third party who primarily work for their own interests.

I'm not saying that their contract makes it impossible for them to agree on moving it to PS5, but I am saying that on top of this rarely ever happening in the first place, it's even less likely to happen because money has been exchanged between two separate companies. Square Enix have more pressure on them to deliver this title for PS4, than if they didn't make that timed exclusive agreement.

In February 2017 they released some screenshots. I'll post one example here: 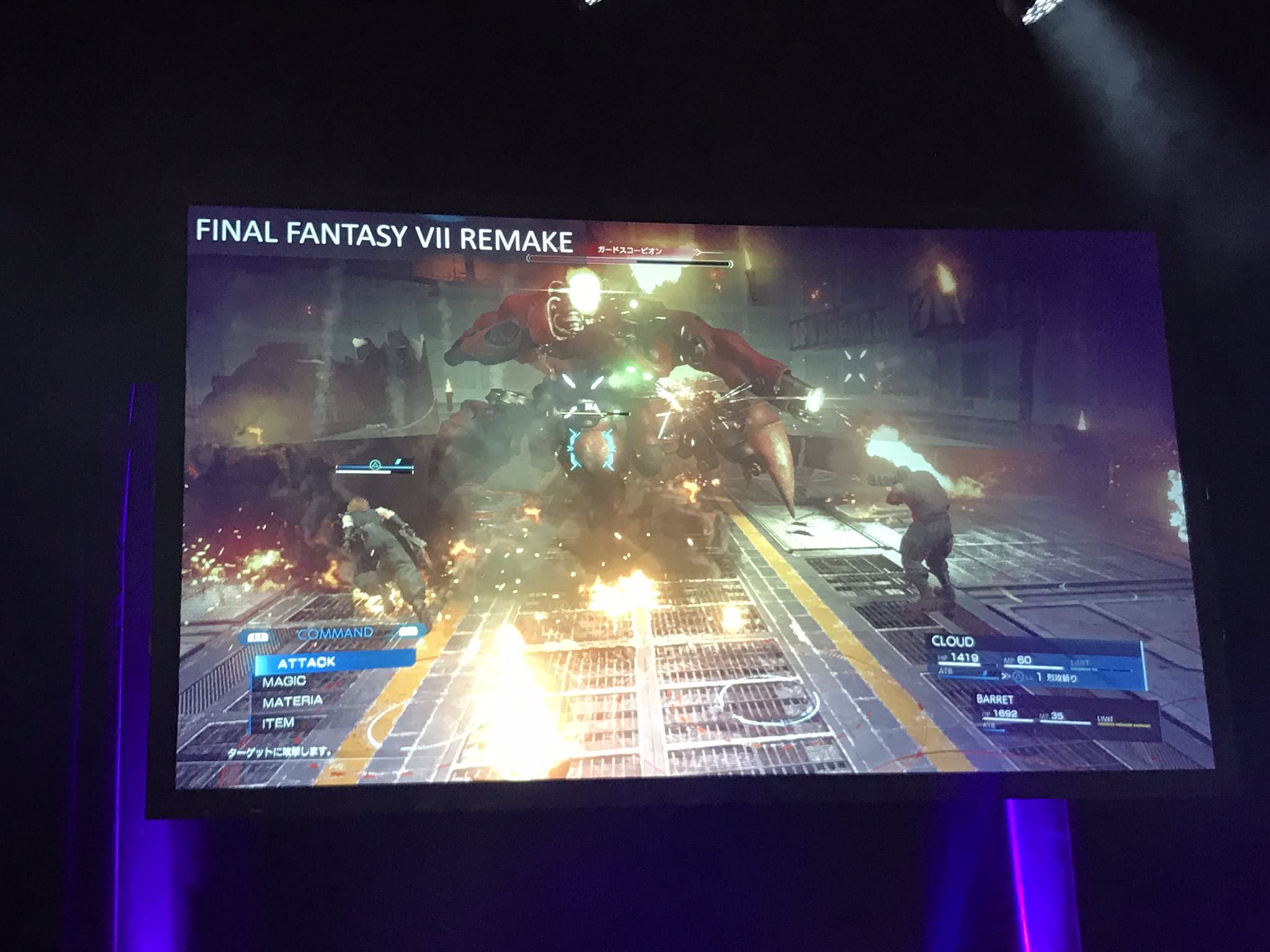 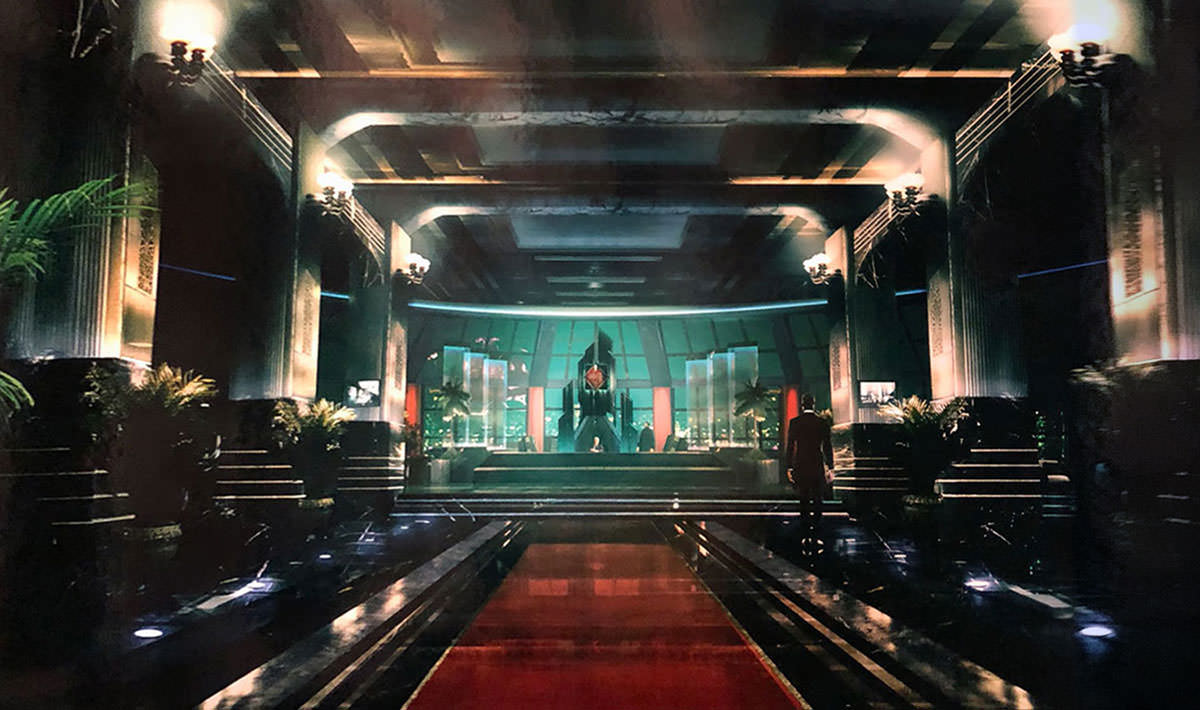 And shortly before E3 2018, there was a photograph showing a FF7 developer, and behind him was a PC monitor where we could see a screen from the game we haven't seen before. (Can't be bothered to dig it up now.)

There has been no new trailer since 2015 though.
However, if you're suggesting that this is a sign that it's going to be moved to PS5, I'll have to remind you of games like Resident Evil 2.
It was announced in August 2015, with nothing but a logo, and the phrase "We Do It!". They simply told us that they were working on it.
And after that we actually never saw a single screenshot, let alone trailer, until E3 this year. That's almost 3 years with no screenshot or trailer.

And yet when we finally got to see something from the game, it was also announced that it would be releasing fairly soon after that.
8 months later in fact.
FF7 was announced in 2015 as well, and during these 3 years we've actually gotten more information and screenshots/artwork from the game, than we did with Resident Evil 2.

So while lack of information from a game can be a sign of development getting pushed forward to a new console, it's not as if that's always what that means.
Capcom could have showed us something from Resident Evil 2 at any point in time, but they chose not to. Devil May Cry 5 had a similar situation, except they never told us it was in development, until it was less than a year away from release. (Spring 2019)

Bottom line is, while it could happen that FF7 gets pushed up to PS5, I don't think it's likely to skip out on PS4 due to the fact that two separate companies exchanged money on the premise that it would come to PS4 first. I could see this being cross generational between PS4 and PS5, similar to how Persona 5 is on both PS3 and PS4. But I expect Square Enix to uphold their agreement much more than I expect them to break it.

Forgive me. A few more blurry screenshots and some art concepts. And a pinky promise from Square Enix that even though Nomura's last two big projects took over 10 years (one of them had to be given to someone else), and even though this has been split into three entire games, and even though they had to remake the whole thing after 2 years of CyberConnect2's work was scrapped, and even though Nomura stated recently that he's only just start working full time on it after finally finishing KHIII (13 years after KHII), I'm sure we'll get to play it all on PS4 first.

At best PS4 could get the first game just as PS5 is about to come out, which by then I'm not sure what the point would be. But if it's that important to play it on PS4 first I hope it all works out for you.

Nomura has had many other projects besides XV, KH3, 7R. Remake the entire game after 2 years from when CC2 got canned? This is a rumor not a fact. There was also a rumor VIIR would be at E3 2018 and it wasnt. Nomura did not state this please stop spreading misinformation.

I don't even much care about Cloud, to be honest. The strongest characters in the game were Tifa and Aerith. They made the biggest impression on me by far.

What's with the attitude and the passive aggressive comments?
You hope it works out for me to play it first on PS4?
Is this how you normally behave when someone has been courteous to you the entire time, or did I just catch you on a bad day?

First of all, misconceptions about this game and it's development are very common. If you're going to get like this just because I pointed out that this is not the first time we've gotten to see blurry images from the game like we did today (or whatever set you off), then you probably shouldn't engage in these discussions to begin with unless you're certain about what you post first.

Secondly, the fact that the game is split up into multiple parts was announced shortly after the E3 reveal in 2015.
That's unlikely to be a change in course direction, but rather the plan from the start. In fact, upon looking into it, producer Yoshinori Kitase specifically said so: "The idea that a remake of Final Fantasy 7 would not fit into a single release was there from the very beginning,"
Moreover, if anything, a multi game series means that Part 1 could be released sooner than if they had to develop the entire game from start to finish before releasing it.
The rumor that Square Enix discarded Cyberconnect 2's work completely is just an unsubstantiated rumor, and should not be treated as fact. It comes from someone who supposedly had talked to people working at Square Enix and Cyberconnect 2. But of course he did not prove this. I don't even know if he proved to be who he claimed to be. His twitter account was created on the same month as the Reddit post he replied in was posted. And that Twitter account has 0 tweets relating to games. Just fishing, cycling, camping and workout.
And even if he is who he claims, how often do we not get info from industry insiders that turns out to be false?
So definitely treat that as a rumor, because like I said, misconceptions and misinformation about this game is rampant.

I'm not really going to get too deep into the rest of what you said, but my point was always a simple one.
Square Enix have more pressure on them to deliver this title for PS4, than if they didn't make that timed exclusive agreement. So I expect them to be more likely uphold that agreement, than break it. At least for Part 1.

I personally don't mind if it takes them another 10 years to deliver this game, or if it comes out on Playstation 6. In fact, I'd actually prefer it to be on PS5 or beyond. Because I'd like it to be as good as it possibly can be. And that includes taking advantage of hardware as close to being able to reproduce what they envision as possible.
Square Enix once mentioned "A game that plays the way Advent Children looks" (not in regards to FF7 Remake) and if that's something they could aim for for FF7 Remake, it would certainly be easier to get closer to that on PS5 or PS6.

I never complain about games getting delayed, or announced too early. In fact, I always prefer it that way, and I've posted many times on this forum stating so and explaining why.
So you're barking up the wrong tree if you think this was based on my personal wishes. It's just based on what I believe from a business standpoint. And the idea that the timed exclusive agreement would make Square likely to deliver on that promise didn't come from me, but Maximillian brought it up: https://www.youtube.com/user/Miles923

I forget the exact video he mentioned it in, but it was fairly recent. Though he didn't go into detail about it. But he is someone who tends to consider details like the specifics of contractual agreements like this. Possibly because he often works with, or talks to people in the industry. Whatever the case, I agreed with his assessment.

I only wanted to briefly point out the insanity to think Square Enix and Nomura would deliver anything to plan based on their track record, but instead I got hit with your entire essay of counter-points trying to drag me into a discussion I have no interest in. If you want to speculate over little details that make you believe something counter to popular logic, that's your perogative, but I honestly have no hope this game will arrive for the next 5 years at least, so it feels like a waste of time. I'm just not invested in this like you seem to be.