And got some free jabs at MS without directly saying it. But yes it is good that at least the game devs may find a new home. On other industries a lot of the layoffs are across the board so the people missing job will have a much harder time finding a new home.

I'm really sorry to hear about yesterdays layoffs at MGS & with my friends over at 343 Industries.

If it would be of any help to anyone we have plenty of positions over at Playground Games on both Forza & Fable. 1/2

Are Playground games also taking a jab at MS??.

Glad to see there's still groups out there that care. 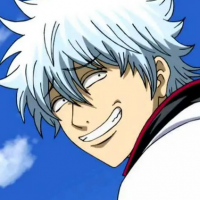 I have seen some french players feedback for Forspoken and they like it. It's a cool game, they give 8/10 for now. The only thing is that the introduction is too long but after that it's good.

I dont know. Things are not looking too good for it when they are hand picking people to review it and only lifting the review embargo 1 day before launch.

I got a feeling its going to be a fail.

Ironic that gamers said before that media shouldn’t be trusted after “fails” like the last of us part 2 or cyberpunk but then mention the media not getting codes is not a good sign.

what it is then??

Whats ironic about my opinion?, also how does what some other gamers say change what "i" just said?. Impressions of this game so far have not been good, thats even going by most gamers who played it on this site. Now they are being selective about who to give review codes to and dont plan on lifting the embargo until the day before release. In at least 90% of the cases this type of stuff is never a good sign.

Square knows Forspoken is a bomb why they are sending review codes to a small select number of sites and the day of release. Forspoken has black characters but no black writers lol. ok then. Don't @ me. Demo was balls and a really poorly optimized PC port. A 3070 just to run 30FPS? lol it barely looks any better than FFXV at 1080P.

Most previews from people having the game early suggest the game is a 7-8/10.

The selectiveness from developers with the media is not unusual and it’s been happening for a long time, examples like Sony sending copies of Spider-Man MM PS5 version but not the PS4 one, Ubisoft sending AC Valhalla PS5 version late compared to the Series X version and so on, All in all, developers and publishers are very picky.

As for the review embargo getting lifted a day before launch is also non Unusual, there are many cases like Zelda BOTW , RDR2 and more lifting the embargo a day prior launch.