"And no, a tall black man with 6 packs is never gonna be a competent short Asian girl, so yes, it DOES matter. "

this is sexist and racist i think... don't you believe in equality?

this is gigi gorgeous 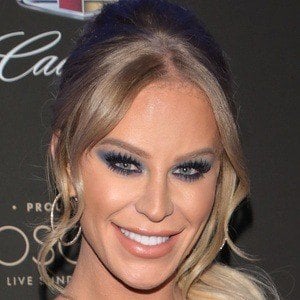 supposedly one of the most attractive and popular transwomen... and i pretty much have no trouble in telling that this was a dude at some point

Its more about attaching a star to the movie. That plays a big roll on funding or if the movie even gets made.

But I agree, she's just an actress and she took an opportunity. But this is Hollywood and they've taken the stance they must pander to the whiny left.

So men who dress as women are upset that a woman will act as man acting as a woman? Mind blown! GTFOH!!!

Better yet, check out the 1985 film Just One of the Guys. The lead actress plays a guy with great tits.

Then watch Soul Man, just because.

Did you know;
In the 90s, people got bad because Simba from the Lion King was played by a white kid

She only needs to believe....

Yeah, I remember that. It was Jonathan Taylor Thomas from Home Improvement. After Robin Williams did the genie in Aladdin, star power became a more prominent thing for animated Disney films even though movies before that rarely had big stars as lead voice actor roles.

Haha I can only laugh when stuff like this happens now. Just absurd..

Spin it any way you want it, this is tribalistic thinking and bigotry pure and simple. It's identity politics obsession, and it's a primitive way of thinking.

Don't get me wrong, I don't necessary feel Johansson should have played the role IF there was a trans actor who played the part better, but she was CAST as the role, she didn't force herself onto it, which means to me that she was the absolute best choice to play the part. And call me crazy, but I believe that whoever is best for the job gets the part, END of story.

You've never heard of a movie doing poorly because of bad casting? I'm not even talking identity politics. I am talking about movies were certain roles were so poorly casted that it ruined the movie. Jake Lloyd from the Phantom Menace is a prime example of this. Poor kid's life was ruined, and he ticks all the boxes that Anakin Skywalker should have. He's was a white, straight, male child. He was just a terrible actor (yes, even compared to other kids). Hayden Christensen was similarly criticized for the same role in later films of the prequel trilogy.

On the other end, we have movies that have been praised for fantastic casting. For me, that'd be something like The Brady Bunch Movie.

Either way, I don't believe at all that "whoever is best for the job gets the part, END of story". Otherwise, people wouldn't praise or condemn a movie for its casting. And I certainly doubt SJ won the part, because of merit. She was last year's most bankable female star because of the Avengers, but most other roles have led to flops, her acting has been mediocre at best, and a movie about a trans actor would likely have little box office impact from her Avengers success.