Well, not much to say, right? But hey, this time we'll see how fast Win11 grows. 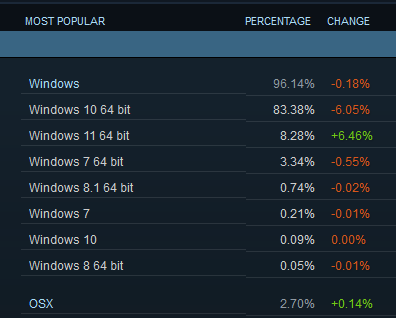 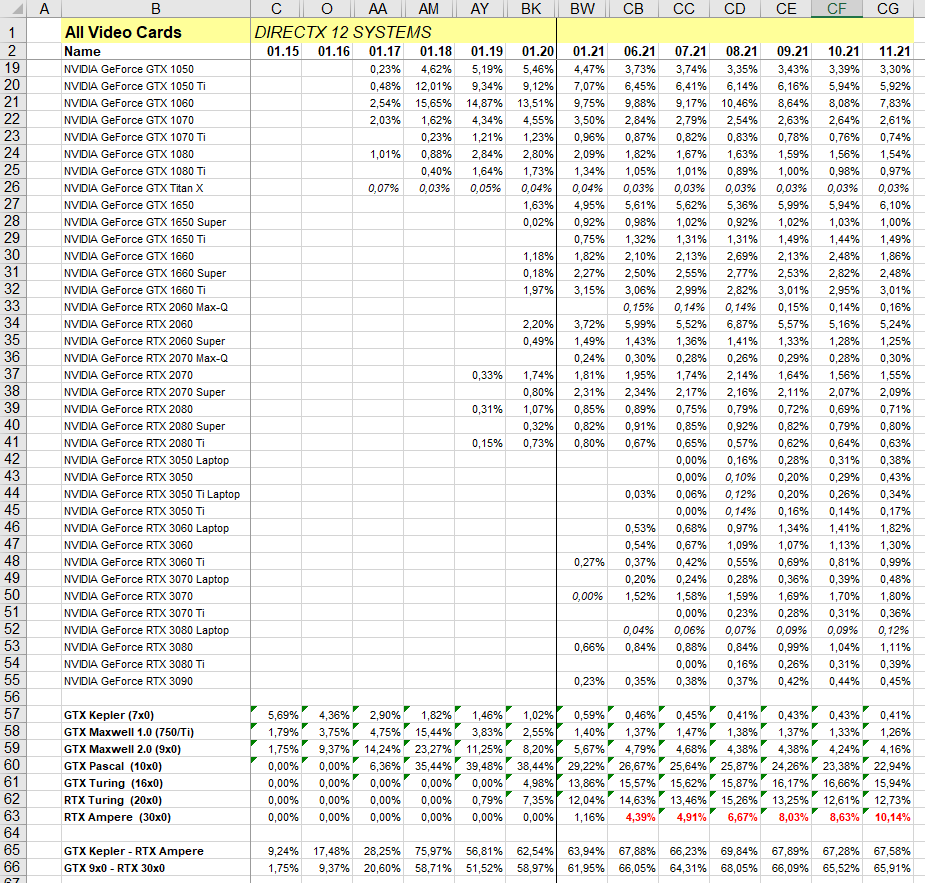 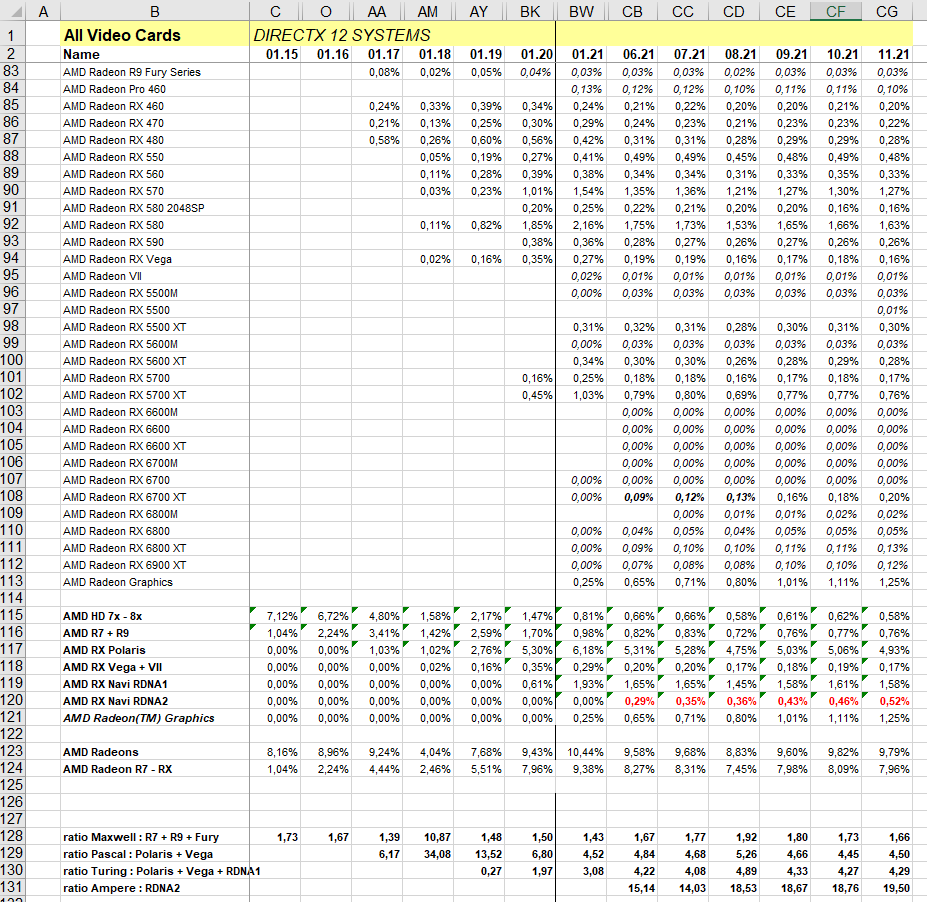 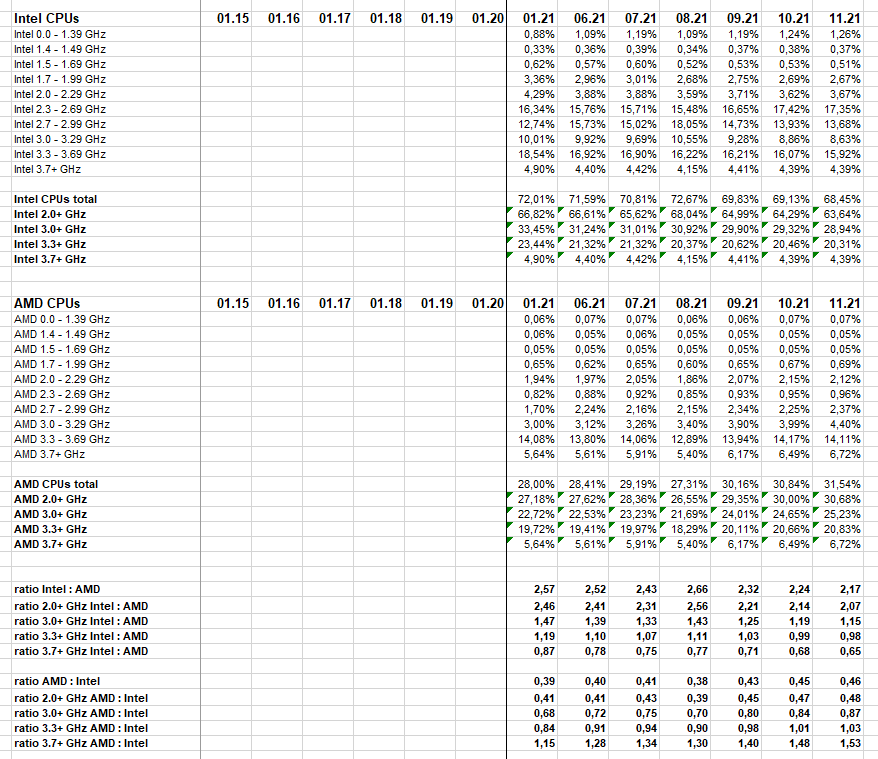 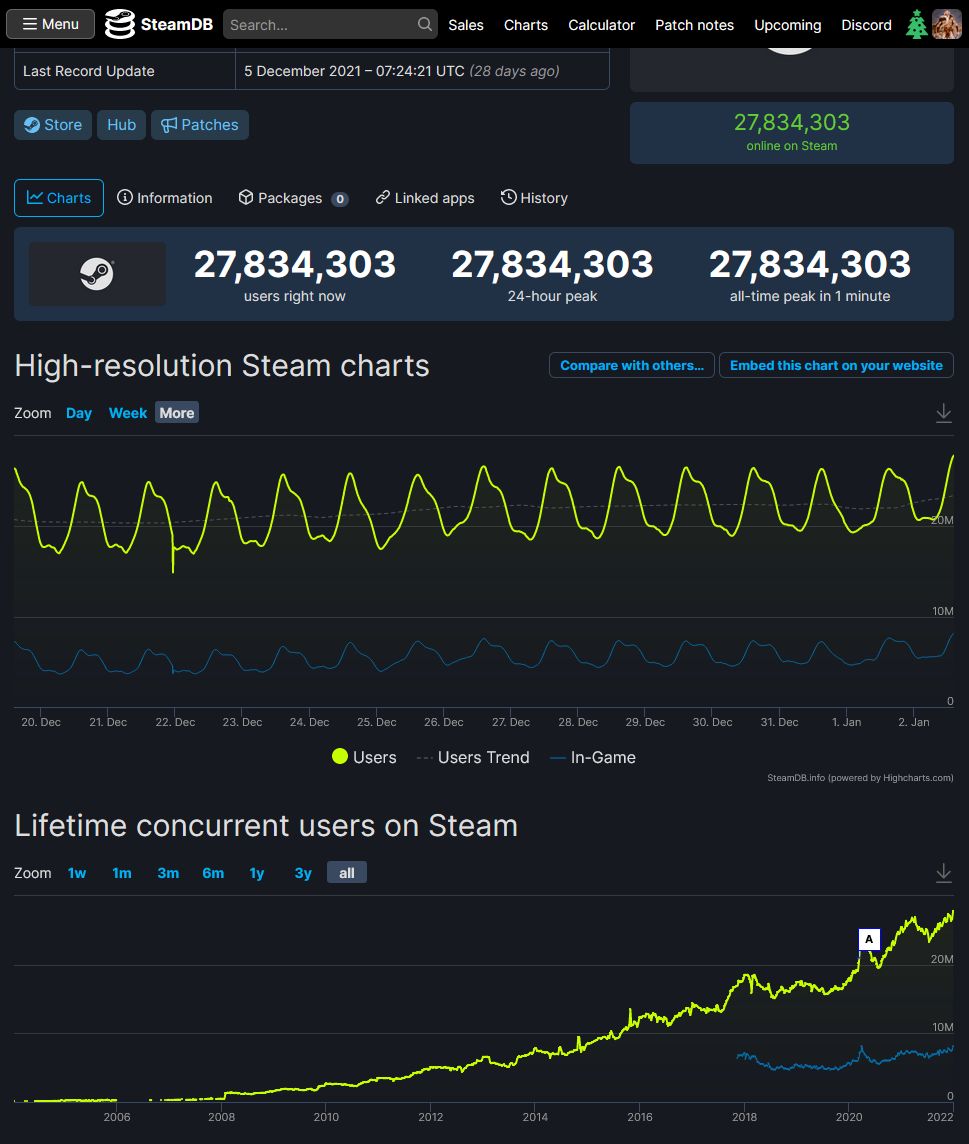 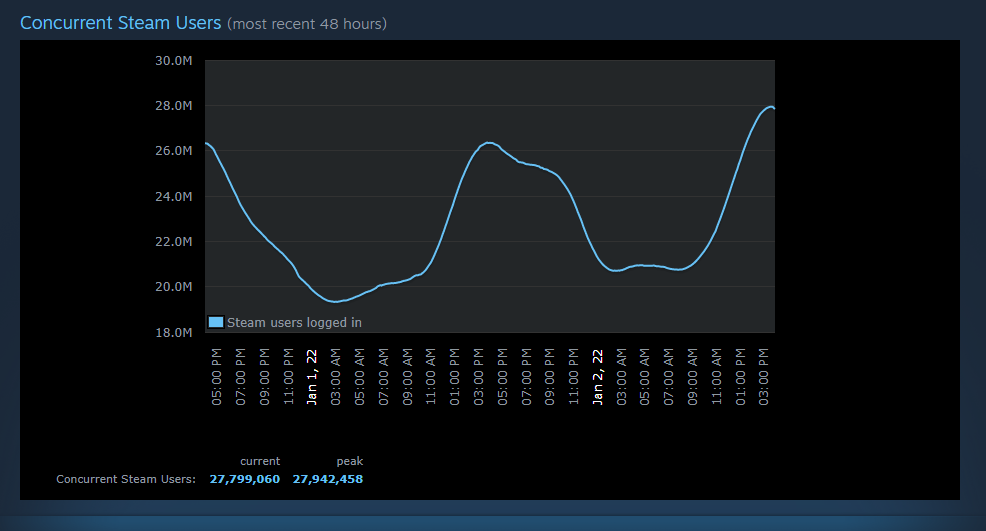 It was close. Maybe by the Chinese New Year...

So many crazy grandmas and uncles.

The December data is in.

I'm trying a new type of representation. Instead of listing the Januaries of 2015 - 2021 plus the last few months, I'm listing the last twelve months. The older data are in the new GPU-gen charts. 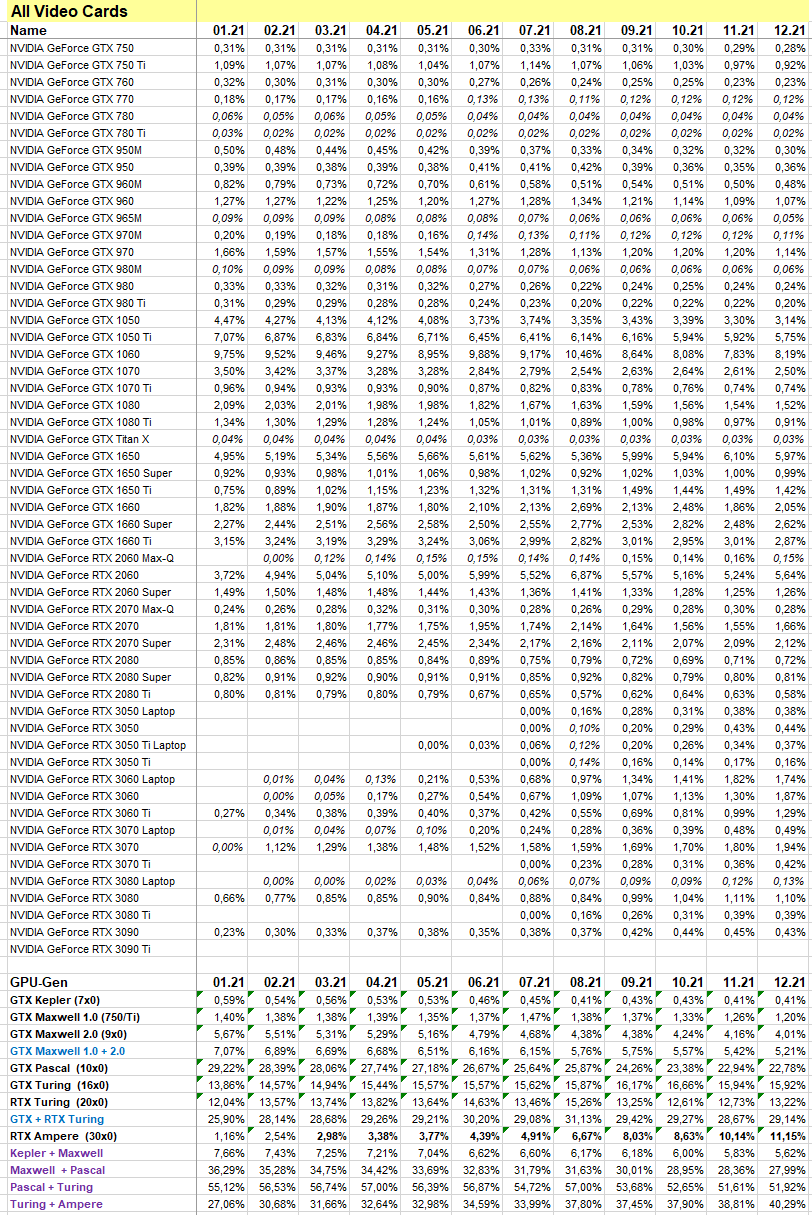 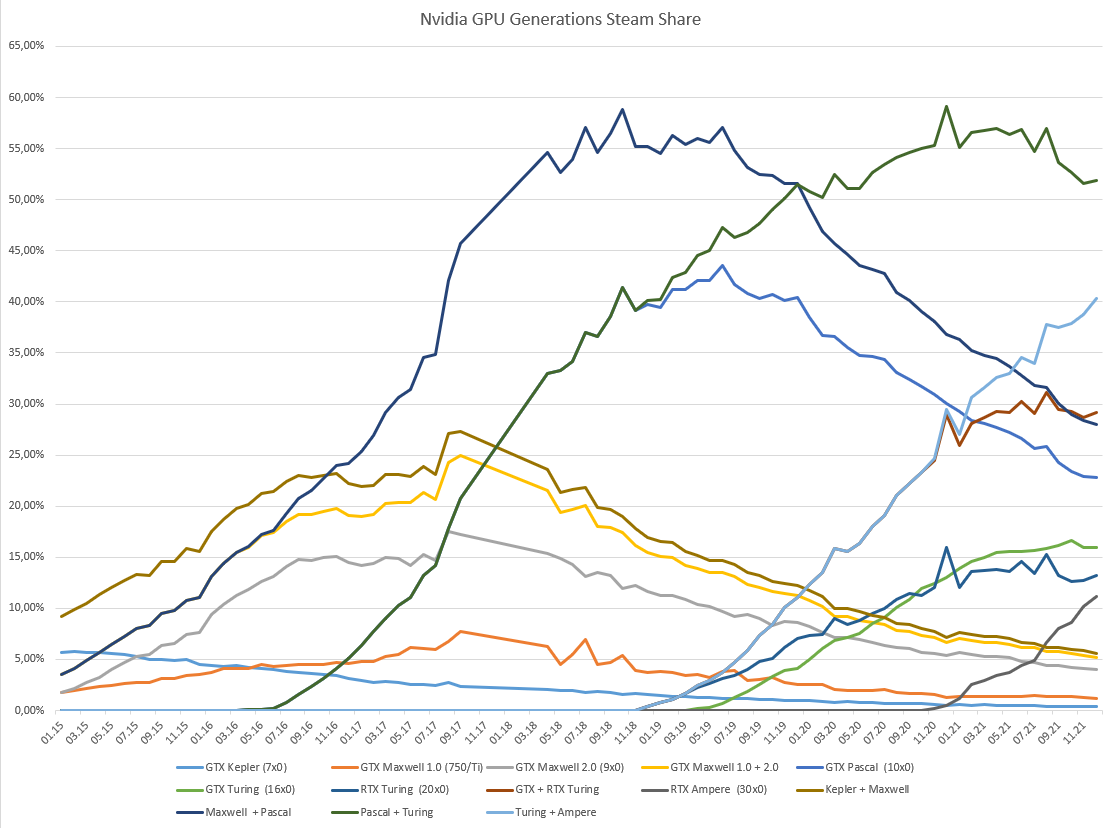 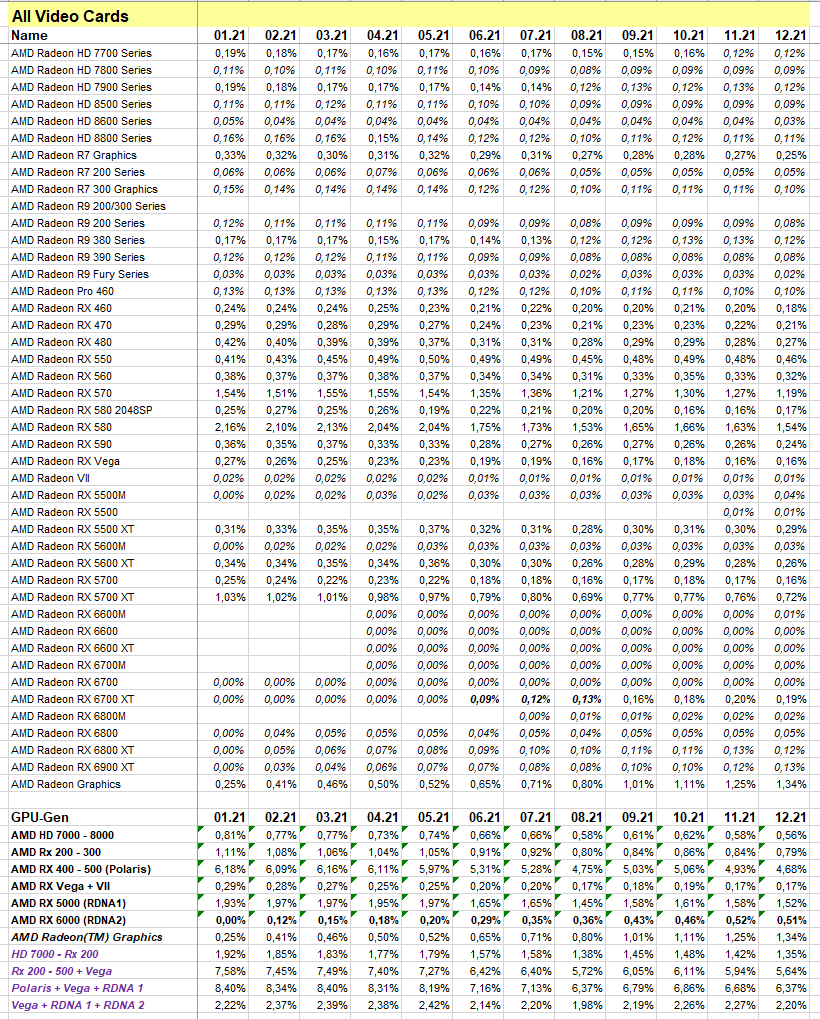 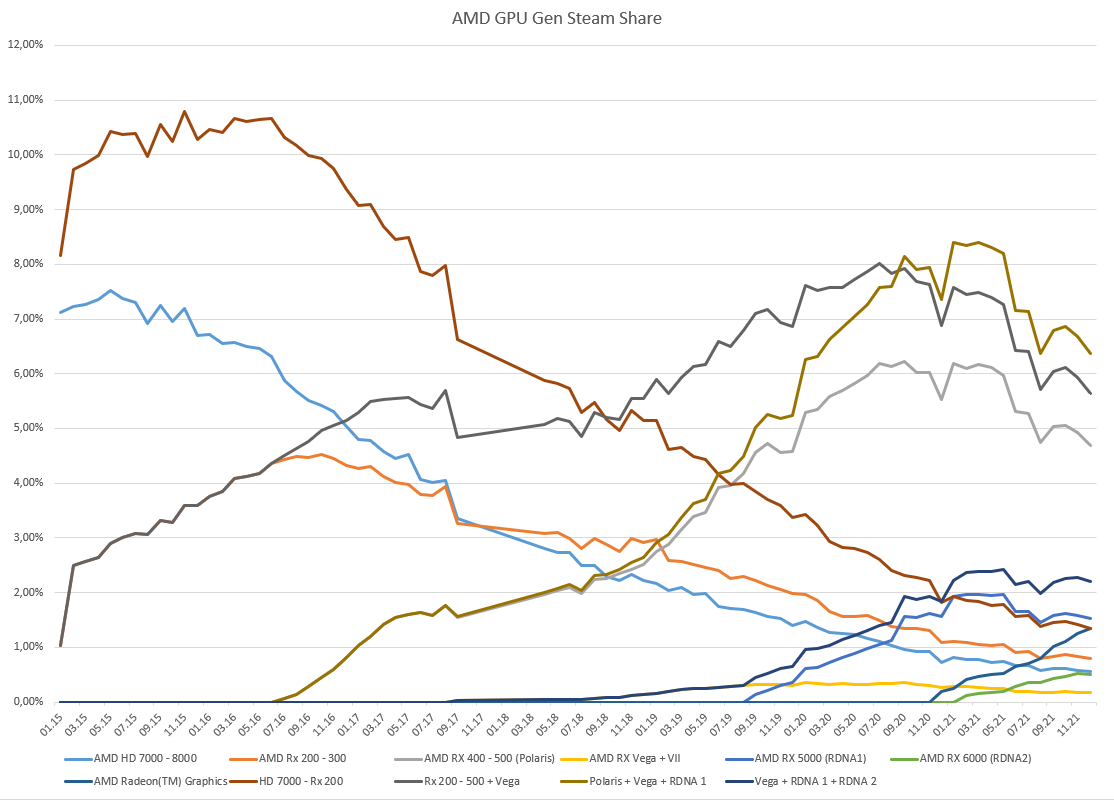 Almost every fourth surveyed Steam system already has raytracing support. Although I'm thinking about excluding all GPUs below the RTX 2060 Super and below 8GB VRAM. Without RTX 2060 (6 GB) and the RTX 3050 series and the RX 6600 series (so far 0%) we are at 17.3 percent. 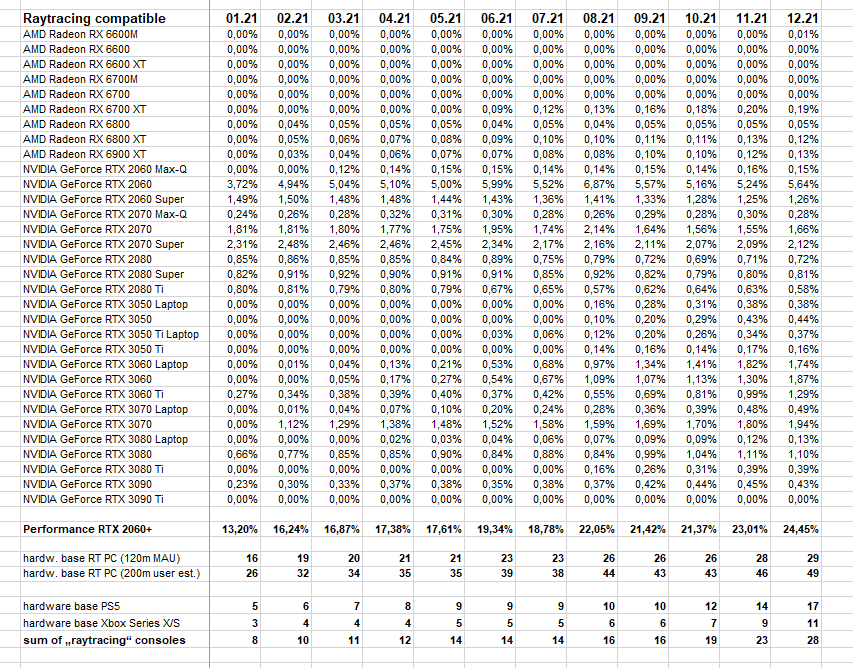 And half of the surveyed Steam systems is now faster than the fastest 8th gen console (Xbox One X): 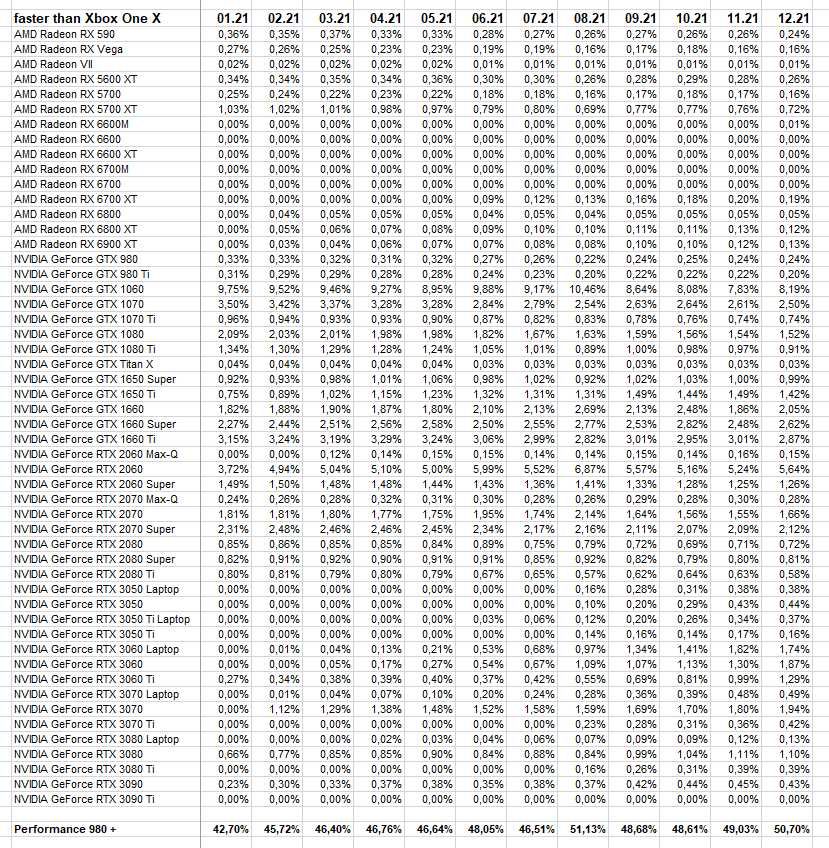 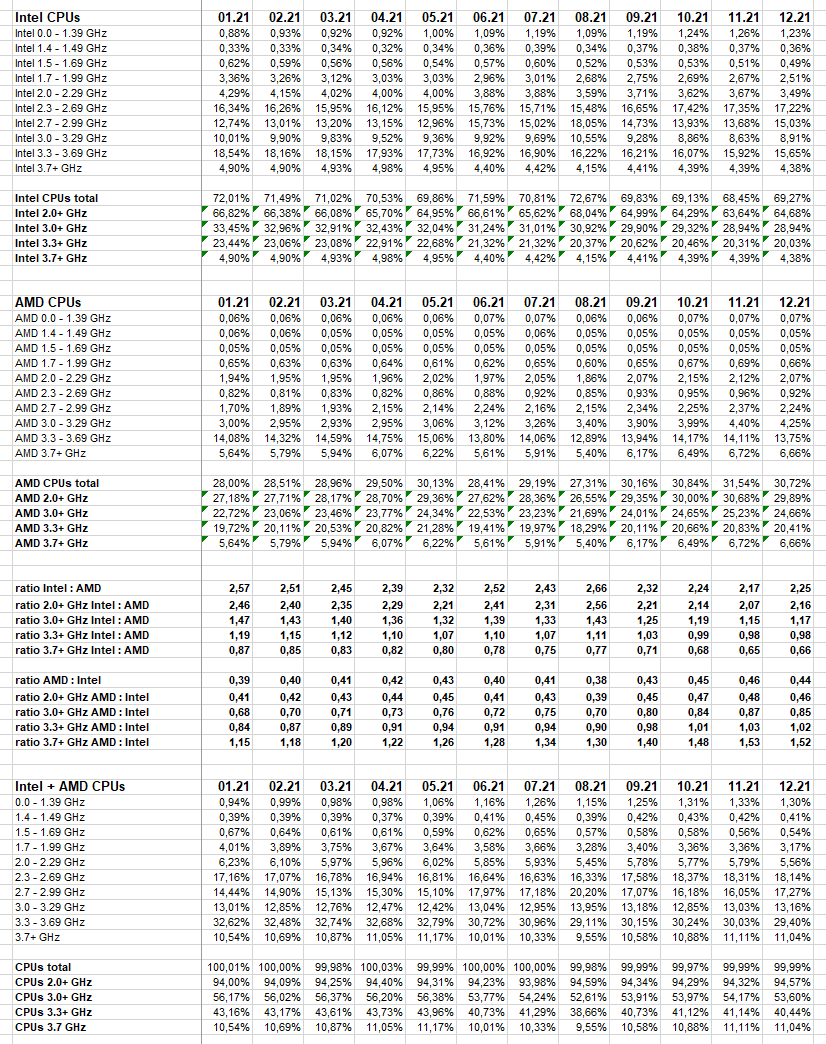 And an interesting tidbit: 28% of the MacOS systems on Steam already has an Apple APU: 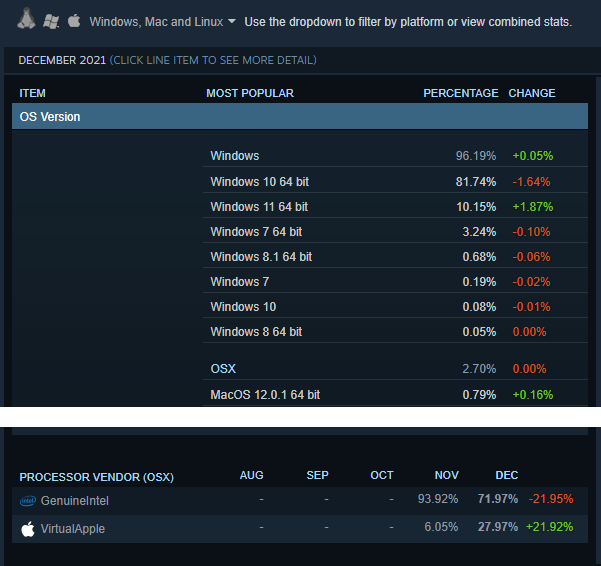 Insane work, Conina. Thanks a lot.

The Steam record of last Sunday was almost broken today:

Well, looks like your prediction was accurate. Steam broke the 28 millions barrier today.