Wasn't even passed pre production of "Mario in 3d would be cool" Unless you have a source to the stages of Mario 64 actually working on a Super Nintendo I mean... you are talking about a machine which is 45times less capable from a cpu point of view and near infinitely in a ram/gpu comparison. 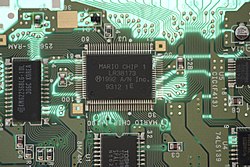 "More than five years prior to the release of Super Mario 64, producer and director Shigeru Miyamoto conceived a 3D Mario design, while also working on the SNES game Star Fox, developed by Nintendo along with Argonaut Software. He considered using the Super FX chip to develop a SNES game which would have been called Super Mario FX, with gameplay based on "an entire world in miniature, like miniature trains".[26] Instead, he eventually reformulated the 3D Mario idea for the Nintendo 64 - not due to the next generation console's substantially greater power, but because its controller has more buttons for gameplay.[14][27] According to former Argonaut engineer Dylan Cuthbert, no game titled Super Mario FX had ever entered development, but rather "Super Mario FX" was the internal code name of the Super FX chip itself."

Between BOTW and SM64. SM64 carried the 64 the first couple of years and BOTW was the only real game at launch. Both magnificent in their own perspective.

Pre production just means the game never fully gets into it's development cycle the level itself was a prototype and never functioned as smoothly as they'd like I'll look for the DYKG video although DYKG weren't the only ones to claim the was a prototype floating around.

"Super Mario FX. It was developed by Nintendo EAD and published by Nintendo for SNES.
This Mario project was originally going to be Nintendo's follow-up to Super Mario World and Yoshi's Island: Super Mario World 2, and was being designed utilizing the power of the Super-FX chip to bring gamers in Mario's worlds of adventure in a whole new way with three-dimensional graphics. Unfortunately, the project was a production nightmare in the pioneering days of 3D videogame design and was underpowered with just the SNES and Super-FX chip powering it -- Shigeru Miyamoto and his team spent five years toiling on Mario FX, but it never met satisfaction and never worked as effortlessly and engagingly as a Mario game should."
https://www.unseen64.net/2008/04/04/super-mario-64-n64-beta/

"Super Mario 64 was probably one of the first titles developed for Nintendo’s 64 bit console. There are rumors of a 3D prototype existing on the SNES using the systems Super FX chip, but this prototype was kept behind closed doors, so no images of it exist. It’s safe to assume that this would have been an isometric platforming adventure, and played similarly to the older games of the Mario name.

With Nintendo’s prototype next-generation console, “Project Reality”, the game went from a FX chip prototype to a 3D beta on the 64-bit new hardware. The SNES prototype was never seen or heard about again. Even with this project on the Nintendo 64, original designs still stuck to the isometric viewpoint. Like with the older games, this one had players taking their chances jumping form platform to platform to reach the end of a level. As the game went on, this concept was kept intact for the game’s boss stages were the player would fight bowser."

Also the game wasn't built around the platform the platform changed to suit the game's vision as the analogue was added because of the game.

Yeah, general consensus is any title released in first month or so is considered a launch title as it shipped in the launch window, but whatevers

Mario 64 of course... It redefined platformers and the best mario game ever in my opinion

"If you exclude these games because I say so, the system you like and I hate has no games, so I win!"

So, doing some research, the Famicom had 3 launch titles: Donkey Kong, Donkey Kong Jr. and Popeye.

General consensus by who? Launch window is generally considered separate from launch title as far as I'm aware.

I wonder what Switch sales would've been like it the Switch waited till October to release and launched with Super Mario Odyssey?

Unlikely to be better since the system was supply constrained for most of its first six months anyway.