Gameplay wise it's brilliant, and I really hope the next game has a similar battle system, maybe made a little more strategic, but yeah... in terms of story, it does have a story, and it's actually really great in my opinion... BUT, you don't really get it all from playing the game; To get the whole picture you'll need to watch a film (Kingsglaive), watch some anime shorts (Brotherhood) play the DLC episodes, and maybe even watch some YouTube videos and read up on stuff, lol... it's a bit awkward I guess, but honestly I think you'll have more than enough fun simply playing the game, as long as you don't set your expectations too high for the story, since it can feel empty at times. On the plus side I'd say everything else is brilliant, it has an amazing soundtrack and graphics, the magic might seem a bit shit, and I rarely used it, but the spell effects look great, the combat is super fun, the enemies can get huge, some of the bosses are so cool and you feel pretty epic while fighting them, It also has a bunch of side content including side quests, dungeons, hunts, chocobo racing and fishing.

tl;dr yes I'd recommend getting it, it could be a good introductory game to the franchise moreso because it's one of the easiest games in the franchise and has an action battle system rather than turnbased. Go for it!

Anyone who likes this game is just an apologist who laps up anything Square serves them lol.  Now watch them get triggered by this comment.

Of course, I don't actually believe that but I couldn't help wanting to mock your attempt to poison the well against anyone who disagrees with you. 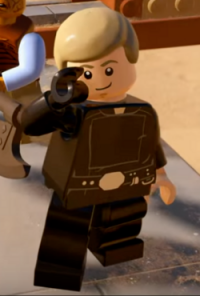 I think it's best to get another Final Fantasy if you're looking to get into the series. XV was disappointing. I was hyped for it when i saw the 2013 E3 trailer, but then the game switched directors from Nomura to Tabata and the result was a huge downgrade in my opinion.

I got it last Christmas but due to a combination of lack of time, other games etc I've yet to make it past the tutorial.

Along with Kingdom Come it is still on my to play list.

Thread's got the wrong title. It should be called "How has the OP never played an FF game before?". That's the real question worth asking

I feel most people are grinning and bearing it because they crapped on Final Fantasy XIII and talked up Final Fantasy XV to come and fix everything because it was the exact opposite.

The luck of a guy that gets struck by lightning and run over by an airplane?

Ah ah ah, the other plant was planted in this thread first.  Can't do the old switcharoo now! :) 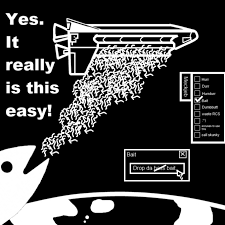