I remember more people were unanimously excited about Uncharted 4, whereas some are apprehensive about the style shift of the new GoW. I don't think it matters, really. It just means some are being a little more cautious and waiting to hear news of how the game is before they jump in.

i think equal number of people were apprehensive abt UC4 when amy henning left the project, then neil & Bruce were blamed for that. and people were afraid that these two will make UC4 more grounded like The last of US, which i kind of agreed after playing the game.

I haven't really gotten that impression. Just here on VGC alone, it seems like there were way more Uncharted threads leading up to the release than there are GoW threads now. Perhaps I'm misremembering though

It's an unfair question to ask right before the game releases, GoW has a massive boost because of that.
Anyway to me there is not even a comparision, even as Uncharted 4 was amazing God of War is by far my favorite franchise between these two, and Santa Monica have been doing a great job with its marketing, so yes, it's my second most hyped game this gen, and that's a lot, a damn lot.
I have even saw a guy with a Kratos shirt yesterday in the bus, and have been talking about it a lot with an old friend and a new one that's actually a PC gamer, he wants a PS4 so bad right now xD

I personally look way more forward to God of War than I ever did to Uncharted 4.

Uncharted 4 always felt to me like a tacked on part to the series, while GOW feels like a fresh start. 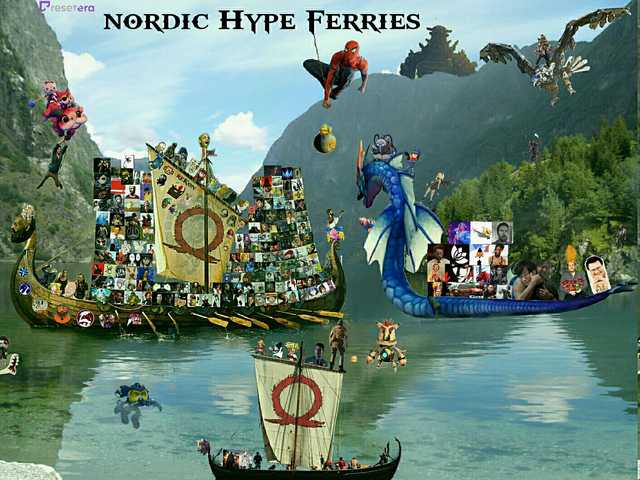 Nah. I don't really see people losing their minds over what they've seen like I did with the U4 demo.
In fact, I actually pre-ordered God of War and I'm not even that excited to play it. I'm sure it'll be a great and emotional experience but something is missing.

Uncharted 4 no doubt every trailer generated hype. God of War often meets mixed feelings. Nonetheless I look really forward to it. On hype level it's about the same as Horizon and that game did great.

CGI, can you mention the reasons you think GoW has so much hype?

As for general hype, I think U4 may have exceeded that of GoW, but it’s hard to say. The marketing for GoW leading up to release has been impressive and really well done.

I personally was probably a little more hyped for U4, bc I had such a connection to the series; whereas, I feel nothing for the previous GoW games. But my hype is still huge for GoW due to the direction they’ve taken it.