Forums - Sony Discussion - The PS4 really should have backwards compatibility! 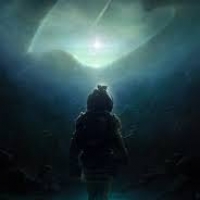 Should it? Maybe...but the market speaks...Issue is, Sony put themselves in a tough spot with the PS3 architecture. The PS5 will be book it.

One of the reasons that there aren't better Xbox-emulators available is the lack of interest. Most good original Xbox + 360 games are available on PC since ages (Halo 1 + 2, the Splinter Cell series, KotOR, Jade Empire, Fable, Crimson Skies, Mass Effect, Gears of War...).

It made much more sense for emulator developers to focus on Nintendo and Sony consoles.

With PS2 emulators, further interesting multiplatform titles without PC version fell away to justice the effort of an Xbox emulator for PC (f.e. the Burnout games, Black, many sport games...)

With so many new and good games being released all the time, I don't know how people find time to replay old games. My backlog is so huge I think I can never play all the times I want in this lifetime. And I still have my PS3. It would be a nice feature, yes, but something I would probably never use or use rarely.

I don't have the money to buy games at full price, I wait until they get cheaper.

The PS4 CPU isn't much more powerful than a Cell CPU not enough to emulate it. My PC argument was to prove my point. There is lots of interest in PS3 emulation and huge support for it but its a difficult job. Sony can't make the PS4 hardware do wonders there are physical limits to what the PS4 can do.

Every single R&D cost money and they will have to get it back, it will be charged  in products... and the way you asked on the OP it is more like PS4 should have been developed with BC in mind. So that cost of R&D and manufacturing would be part of the cost of the console that everyone who buys, wanting BC or not would have to pay.

All of that is pretty, still on console field so far BC have been more like a token than of significance... sure enough that I don't even consider BC on PC since PCs are BC and FC for decades depending on your build.

From what we know X1 on the months after release of BC had an average of 5m per user who used BC on it.

Sure for me I would like PS4 to have BC on all gens before and wouldn't mind paying the extra cost, but I understand the lack of market interest and that Sony would lose more than win with it.

He isn't forced to buy a console for sure, but if you just have the PS4 with BC, then the cost to make BC is charged on it and he can't avoid it and buy a PS4 without it (as going by the discussion premises).

A lot of people were bothered with the extra cost of the kinect they didn't want and you saw what that brought to MS. We also know that PS2 BC on PS3 costed them between 50-100 on the console and it was another point to make it a harder sale on the start of gen.

True. Fair point. But the PS3 and PS2  were very different architectures, so it took much more to implement it. Now, with PS5 most likely going to have X86 architecture with AMD based cpu/gpu (just like the PS4), that cost will likely be well below 50 bucks. Think of how Wii had gamecube BC while only being $249. Or XBO, PS2, GBA, early DS, 3DS, etc.

With that in mind... The overall performance gap between the Xbox 360 and Xbox One is significantly smaller than the Playstation 3 and Playstation 4... Microsoft still managed to pull it off by approaching the issue from multiple different angles.

I think people get the idea that emulating games on console is somehow going to be the same kind of situation on PC, when that simply isn't the case, Microsoft and Sony can get away with allot less overhead in their Emulation attempts.

Before you try and insult VGPolyglot's intellectual fortitude... Go look up Binary Translation, Virtualization, Code Morphing... And then come back... Especially look at what nVidia/Transmeta was attempting with Denver.

Playstation 3 emulator is better than the 360 emulator on PC anyway.

Just because they retain the same x86 Architecture doesn't mean that native backwards compatibility will not be broken.

There are so many other links in the chain that can break native backwards compatibility... Otherwise Microsoft would have had it baked in hardware from the outset on the Xbox One for the Original Xbox, rather they still had to do a ton of extra work and roll it out for specific games.

Same can happen with Next Gen... Especially as Ryzen is a significantly different uArch to Jaguar... And Navi could have some major deviations from the Graphics Core Next 1.0 derived parts on the Xbox One/Playstation 4.
Plus you have some custom parts of the SoC's as well, which may be removed. - For example on the Xbox One, Microsoft retained native hardware support for a few Xbox 360 features, some Xbox One developers may leverage some of that to a degree if it is exposed and beneficial.

Plus we may see a dramatic shift at the API and hardware level as we transition to Ray Tracing.

You just gave retro gaming and it's legions of fans the middle finger. Also, congratulations are in order, as you now have a BA in damage control.

I'm sure that, if this 'nice [...] but largely irrelevant' feature is not announced for the PS5, we'll be happy all the same.