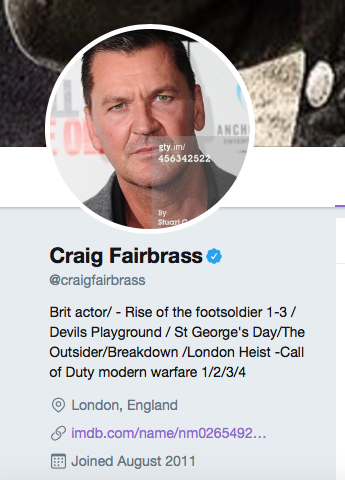 Just here to defend Infinite Warfare. I'd argue it has the best campaign in the series. Multiplayer is a mess, yes, and I suppose that's what most folks care about.

I agree with you there. I honestly enjoyed the singleplayer in all 3 Shadow Infinity Ward games (MW3, Ghosts, and IW), but IW campaign was exceptional, best CoD campaign since MW2 in 2009 imo. Unfortunately, Shadow Infinity Ward has only made 1 good CoD game from a MP standpoint, MW3, and Sledgehammer assisted with the MP on it before becoming a full fledged studio.

I'll believe it when I see it.

Maybe that CoD MW4 was actually counted for the CoD MW1 remake?

Apparently he only recently added the 4 to his twitter bio, or so that's what I'm hearing anyway.

It does make sense. After 2 disappointing new IP releases from Infinity Ward in a row, I can see Activision wanting them to go back to their original cash cow franchise, MW.

Also, it's worth noting that Price's voice actor in 2014 said he heard MW4 was coming. Most likely got delayed in place of Infinite Warfare after he said that, but after Infinite Warfare flopped MW4 is the safest bet Activision can make for Infinity Ward's next game, the name alone will sell copies.

He has now removed it from his Twitter bio and tweeted this:

Bit of confusion and over reaction here, as I’ve always had the 5 COD games I’ve worked on, on my mini bio on twitter- any clarification need just look on IMDB.

Question is, did he remove it because Activision told him to, or was it simply a mistake on his part?

Since I'm a single-player-first kind of guy, I actually prefer Infinity Ward, even though the studio has fallen out of favor with many fans. Likewise, I'm down on Treyarch (the fan favorite) because, in my mind, it hasn't made a great campaign since World at War.

Seems we are in agreement here. Treyarch is also my least favorite CoD studio, I also don't think they've made a good campaign since WaW.