To be fair, Metroid Prime was great and nobody, not not even external development leads in Japan, know what they're doing right now. After four years of silence, I imagine their current project is a hit in the making.

Sounds nice. I would like to see something that is quite different from xenoblade games.

I see who we have to thank for this gif of KOS-MOS: https://i.imgur.com/DPm90Py.gif (Slightly NSFW) 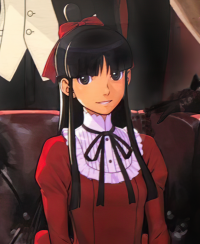 sounds great to me

The issue with Retro seems to be a lot of talent leaving, which changes dynamics inside of studio. They have probably had two or more projects that never materialized enough to be announced. These days Nintendo seems to like most of their titles nearly done before they bring it to the  media and sometimes public.

Retro Studios fans are annoying. Retro isn’t as good or important as you think they are.

Monolith soft is the real deal - in 2017 a portion of the Tokyo team released Xenoblade Chronicles 2 which they developed in its entirety, the rest of the team (the larger part, about 60% of them) co-developed Breath of the Wild. Before that, in 2015, they released Project X-Zone 2 and Xenoblade Chronicles X. I am unsure what the Kyoto branch has worked on recently, but in the not so distant past they co-developed: Animal Crossing New Leaf, Splatoon, Pikmin 3, and A Link Between Worlds.

Retro were an elite studio once, but that was a long time ago.

Kinda wish they would remake Disaster Day of Crisis. It had an interesting concept but the execution was bad

They were on the way and still could be elite, it is just that they haven't done any major games since tropical freeze. Their silence is worrisome for those that believed they would become Nintendo ' s big western studio like Naughty Dog, but the could still be doing great things behind the scenes like the company wide middle ware tools.