Forums - General Discussion - Which Is A Bigger Threat To Humanity? Science Or Religion?

Do you understand the difference?

do you think we are right about everything right now?

So you don't know the difference.  Got it.

they are subject to change over time as we learn more... sure they may not but we have to be open to the possibility which you amusingly enough are not, meaning you are anti-science

edit: and that includes what we think we know right now

None, the threat is technological advances without a moral compass.
Science have no moral limits, religion is bounded by its own moral limits, it can go as far as their dogmas allow. There are, therefore, dangerous religions that demand violence, but most of them are clearly about a spiritual path, being to salvation and heaven (christianity), being to enlightment or nirvana (spiritualism, budhism).

Now, science is the methodical search for knowledge, it is neutral, in such boundaries of description.
Technology, in other hand, is like a unstopabble force, many times imoral by its own nature: change and enhance, being the environment and the human being, and animals, everything, without a moral compass or a brakes device to allow us the time to really think this:

- It is possible, but should we do it?

Mankind is, in part, forgeting spirituality and diving in a spiral of anxiety, pleasures without end and depression.
Tech will provide more and more of the poison that started the problem at first.

And in the end, not only deadly devices like bombs, but also the dream of defeating death with technology will be a curse.
Think about a mankind that almost abolishes death, but at the cost of their very souls: abortions, death camps of the imperfect, a clean and sterile reality where God is not invited.
We dream of getting there, but it will be our downfall.

It is like the monkey´s pawn, the very thing we wish for is our doom.
Without soul, man is a monster, we see it every day: screaming machines that can not stand to the minimal amount of disconfort, little trolls instead of humans.
It is a somber, dark and sad tomorrow technological advances without moral compass will bring.

Did Relativity rewrite classical mechanics?  Do we still not use them?  Do they not mathematically describe the common large object, low speed physics?

Or did Relativity add to it?  Expand upon it?  Mathematically explain areas that classical mechanics did not account for?

"Did Relativity rewrite classical mechanics?  Do we still not use them?  Do they not mathematically describe the common large object, low speed physics? ..."

this is irrelevant to what i'm saying... how could you possibly not see that lol

can you know for sure that everything put forward in classical mechanics and relativity is completely infallible and will never be rethought in the future... you should if you understand science

why are you treating this like a religion? aren't you against religion? lol

You have a track record of misunderstanding definitions. You're not worth my time dude. Had you demonstrated any ability to recognize and move forward from the multitude of mistakes you've committed already I'd continue, but that isn't the case so my breath would be wasted educating someone so clearly deficient in many crucial respects as to be considered beyond hope.

Good luck to you in your menial existence.

"But applied physics are pretty damn well locked in and unlikely to change regardless of what happens at the theoretical physics level."

the understanding that we constantly need to question, especially since science is observation based there is the chance that we can interpret things incorrectly

i'm not talking here about any individual laws but i'm saying that we should always have some degree of doubt on these things and think of ways to improve on them, especially because of problems like these 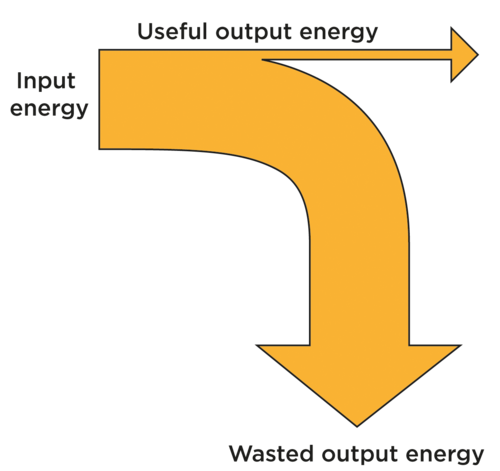