I would not be surprised with next cod and gta 5 launching on switch this year. 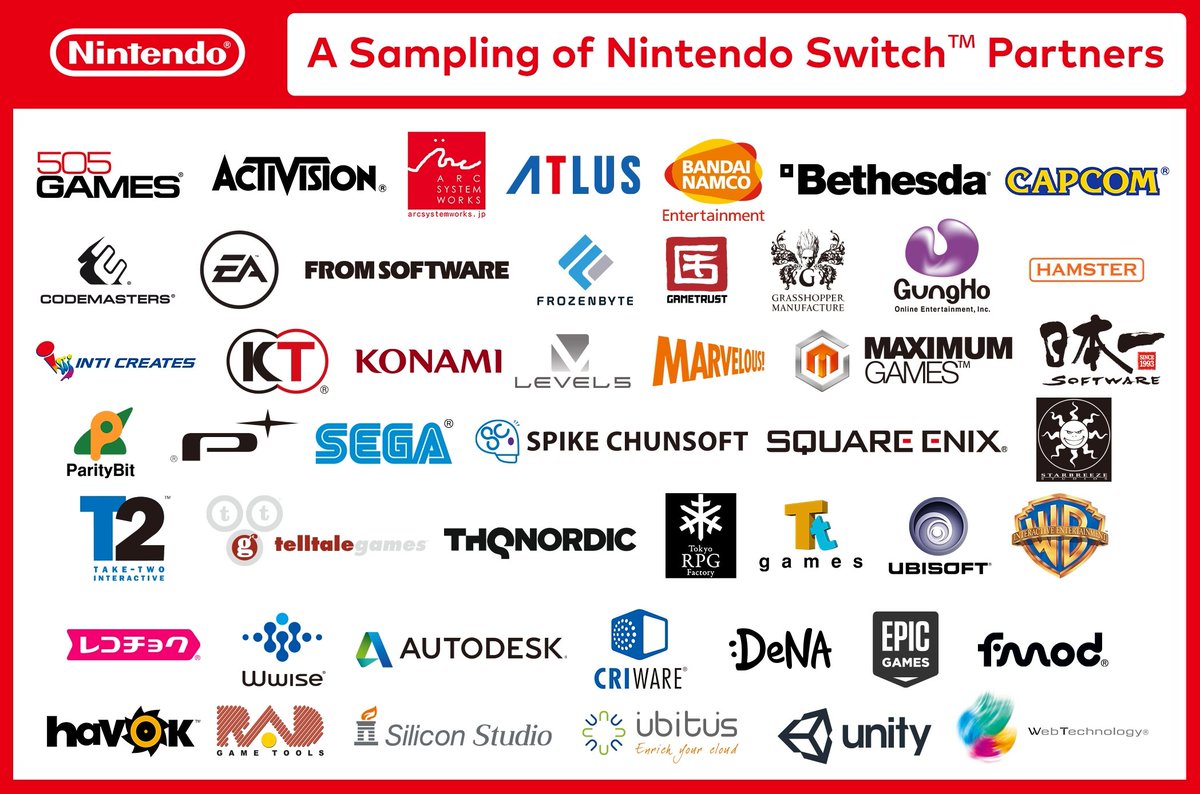 Nintendo shared some big news about Switch earlier today. With over 4.8 million units sold in 10 months, it has become the fastest-selling home gaming system of all time, outpacing the Wii.

In its announcement, Nintendo included an interesting note that might be worth bringing up specifically. The company said: “Fans can also expect continued support from major publishers such as EA, Activision, Ubisoft, Capcom, SEGA, Take 2 and Bethesda, plus a growing catalog of quality content from indie developers.”

EA is publishing Fe on Switch soon, but it’s possible that they could bring more games to the console – like this year’s FIFA. Ubisoft hasn’t announced anything new as of late, but Steep is apparently still happening. Capcom has quite a bit on the way between Mega Man 11, past Mega Man releases, and the Street Fighter 30th Anniversary Collection. SEGA has at least Valkyria Chronicles 4 planned. Take-Two could bring more NBA 2K and WWE 2K titles to Switch, with perhaps more from its subsidiary Rockstar. Bethesda has Wolfenstein II in the pipeline. Actvision is the main mystery here, as the company has been absent since launching Skylanders Imaginators nearly a year ago.

It only makes sense for third parties to continue to step up support for switch with how well it's selling. The future is going to be great for the switch.

I'm interested in what Bethesda has in the future. Will there be more support past wolfenstein 2.

I would love a Max Payne collection from Rockstar.

Max Payne 3 may be my favorite 3rd person shooter of all time. (I care little for the story and tone compared to the previous games, but good crimony this game is cathartic)

And having the other Max Payne's as well would be a delightful bonus.

Love the game, too, arf. Would be much better if you can skip all the cutscenes, though, arf. Can get a bit annoying after replaying the game so often, arf.

I have almost 0 expectation for EA but every other publisher/developer could send something great to Switch. I sincerely hope major third party developers opt for no ports; rather, new titles. I am so beyond settling for old ports. Lets get some fresh titles on the console.

Would be great if next COD comes to Switch.

I have a feeling that many publishers are going to just look at the Switch as a essentially VC/BC/ect system where they can port their old games/remakes/ect to the system and charge $60.00

Thankfully there will be Nintendo games.