Forums - Nintendo Discussion - The next ARMS Party will be from Dec 8th until Dec 12th!

I know. Its right up there with Wii Music. NINTENDO ALWAYS ROCKS!!!

Not sure if I should be amused that you compared ARMS, a game from the Mario Kart team with decent reviews, to Wii Music, a game loathed at E3 years ago.

Well you could compare it with Mario Kart 8 I guess.

sigh.... The arms community has to put up with this far too often I swear.

Your fault for liking a bad game.

That said, the hate here is quite uncalled for. Just let them enjoy their (bad) game, and let them be.

your opinion dude.. your opinion. Its a great game to me and many MANY others.

I think they failed when it came to the mechanics of an addicting fighter. The chargers are super generic, too. Like they were created by a fourth grader.

A ninja named Ninjara? A mummy named Mummy Master? The last couple of characters seem okay but at this point, I'm not invested enough to bother booting the game up. It's a good pick up and play game but there's too much more to choose from.

Weren't you one of the people who were saying that Nintendo fans like all of their games just because they're Nintendo? And that this was the only reason people were positive about ARMS?

Well, back then you may have had a point. But the fact that people are still playing it, shows that they genuinely like it. 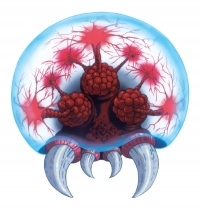 I wouldn't call this game bad nor great. I think it falls in between. Personally I like the game mechanics and I think its fun, but for some reason it just doesn't hold my attention for long. I feel that if it had a more elaborate story mode with lore then I would play it more.

Really? I've only seen straight up blind hate out of the usual few closed minded types you'd expect it from. Mainly what I see is people asking if the game is good, do people still play, why do people like it, etc. Splatoon also got hate at first, but eventually they got bored and it became cool to like Splatoon. Of all Nintendo games, I think it's definitely still the Fire Emblem community that has to deal with by far the most hate. I mean the great divide Awakening caused was 4 years ago yet the flames have yet to subside, at this point they probably never will.