It was a question open to rebuttal. But okay.
And I do not agree with what GAF did either.

To me it just sounds like a few select individuals are just salty that people have differing opinions... They should learn to counter said opinions with logic, evidence and sound reasoning rather than resort to Ad Hominem to reinforce their position.

I don't condone SJW's or Marxist Leftists nor their polar opposites, but I will argue on the points they present and leave it at that.

Whoever is in charge of appointing mods on this forum seems to make decent selections, so I doubt that is a concern. 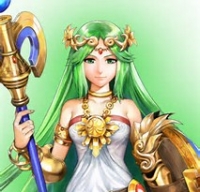 I agree with this. I definitely avoided any political discussions because they clearly banned anyone that didn’t agree 110%. I also felt there was a bit of a Sony bias at times.

I’m glad to hear some say there is a good Nintendo community. I’ve not fully checked it out yet but think I’m going to. So, how do i show the Spoilers in your previous post, or does it have to do with being on mobile?

I find it crazy people even bother posting opposing opinions in the politics threads, gaming or off topic ones, on gaf. Like anytype of opinion that didn't fit the mods views was censored. It was crazy to me that people found that ok.

anyways, VGC is a bit more Nintendo biased with a close 2nd to Sony. You have to highlight the spoiler box, that will show the text

I think there were plenty of us that overlooked it because we were there for the gaming community. I avoided those types of threads because I knew what it would lead to if I had a differing opinion, which I'm sure I do on a lot of the topics.

WE NEED TO BUILD A WALL

The Nintendo community here is okay, maybe a tad bit overrepresented if i'm being completely honest. There is some console warring sometimes, but there's rules in place and it keeps things rather mild in comparison to other places. People mostly come here for sales numbers and speculation. It's fun.

Also, a thing you should know: VGchartz sucks on mobile.

Yea, I've noticed it's a bit of a struggle on mobile. One thing I've not liked thus far, besides just not knowing the layout, which is to be expected.

I have complained about it. It falls on deaf ears. This site has other technical difficulties to fix first I believe. They just underwent maintenance this weekend.

Well, let's just say that prior to the past few weeks, the future of this site looked very gloom. However, it appears that changes are being done, and there is reason to be optimistic again.