No the fight was not impressive at all. It went exactly per script for mayweather, Conor punched himself out doing no damage in early rounds and had nothing left in the tank to do anything from the 5th round onward and no none of the rounds after the 5th were close at all. Conor threw way too many nothing punches and lacked endurance.

Has he paid the money back?

Of course. He pays taxes. Probably a hundred or a thousand times over.

That highlights one of the many real problems with boxing at the moment.

A little of both. The most modern form of professional boxing has been around for over 100 years. Professional MMA less than 30. Needless to say boxing has a way larger fanbase and more major sponsors making those paydays possible.

Also UFC pays most of the guys pretty low. Most of them are lucky if they can make 50K on a fight. That's with performances bonuses. That's why so many guys make the move to Bellator. They pay their fighters better.

Not only that there are people who still view MMA as barbaric and dangerous. When it reality it's track record shows that it's safer than boxing.

So are some boxers, a fighter on the prelims made $3,500 on this card. It's just at the top end of boxing, pay is much, much higher. Mcgregor and Mayweather made almost 99% of the money paid out for this card. 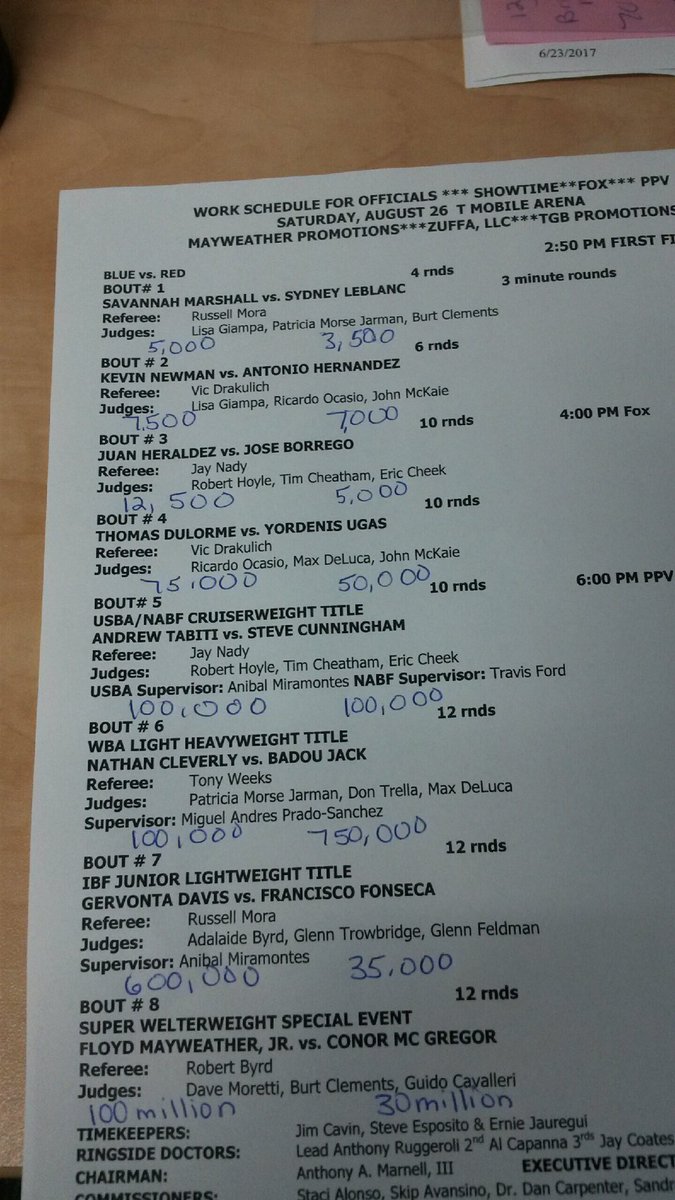 The match was entertaining alright. Especially with Connor faking clinches then grab Floyd on the hips while trying to do some pussy punches. Or those hammer fists that just seems to slide off of Floyd's shiny bald head.

What we betted on was whether Connor will actually try to elbow, knee, takedown, or even do a spinning back fist. Needless to say, we were disappointed.

Hey everyone, did anyone at least bleed?

Pretty much 50% of his earnings goes to the taxman. And being the legend he is he's chosen to pay them in ireland,  unlike bono and Co. He's done so much for this country.

Boxing is corrupt to the core.  Did you see what happened in the Olympics with the Russian boxers being handed victorys even in matches where they were destroyed!

boxing is certainly one of the easiest sports to corrupt and has a lot of issues, but I personally would not label the Olympics as a good exampe of that. I am assuming you are talking about the heavy weight gold fight, it was actually a very close fight, remember Olympics is purely a points based decision, it doesn't matter that Levit was doing the most damage and certainly would have beaten him had the fight gone longer, I personally I think the russian lost but not by much.