And you couldn't have done it without our ever vigilant mods.

Ah, so this is the thread where people were claiming mods never got any special protection. I wanted to call y'all out for that awhile back. A bit late now, and I actually like you, but still gotta point out how false the idea that mods don't get special treatment is.

That's about all that needs to be said to prove that mods get away with a lot more before being warned/banned than regular users...

Edit: Also, congrats Rol. How long until you hit 70? 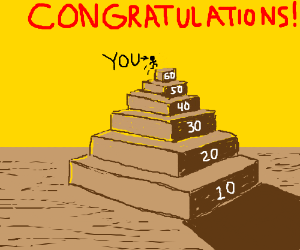 Are you also going to make a thread when you get permabanned?

Depends on how long the mod thread is gonna be open this time.

I want an update on amount of bans you Backblick