Do you the source of the numbers. I ask because it seems odd that Q2 sales for 2017 would be so much higher than 2016. Sony noted that Q1 (Apr 1 - Jun 30) PS4 sales were down slightly. Looking at hardware spending, the % increase was marginal those months (least May) and the NPD analyst quoted Switch was the reason for the increase. Shouldn't there be a flattening, not this massive jump in June?

Considering the supply constraints were still in effect, this is amazing, Go Switch!

Not really comparable, though, since the Holiday boost is very important in NA, which the Switch has yet to have.

Actually it is, Switch managed to do this numbers without holiday season, so pretty impressive. From list only 3DS also was released in outside holiday season.

Yes, that's what I meant.

On the other hand, comparing early Wii and Switch sales just measures which system Nintendo was able to produce faster.

Agree, Wii had bigger shipments but was also heavily supply constrained, but in any case it's very impressive that Switch has best results after Wii with fact that Switch is released outside holiday season.

Numbers were catalogued from prior threads. I'm pretty sure all the numbers came from Aquamarine and librarian13579.

Sony's numbers were global shipments, not U.S. sales. It's been pretty well established for a long time now that shipments ≠ sales.

As for Europe and smaller markets outside the NA/Japan/Europe triad, I don't know, but if actual unit sales (as opposed to shipments, which did decline by 5.7%) were down YoY for the April-June period, the loss had to come from outside the U.S. and Japan. 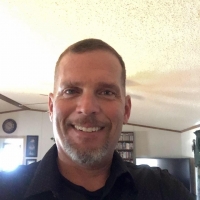 which indeed is close to a tie on the 2M. 100k in this situation can be considered a tie.

Very very impressive, even more with the shipments being even more strangled and no holiday launch.

Well canibalize arms is better or worse than legs?

2.5M would be quite healthy for a new IP.

And possibly small drop in revenue due to price cuts and promotions.

Not really. They're more than 10% apart. The PS4 could lose May and still be ahead of the Switch.