I mean it's obvious why it doesn't get discussed as much as BOTW, my point was only ever that I'm surprised a game of its quality doesn't seem to get much attention at all outside of raw sales. On forums it's not discussed or even mentioned nearly as much as I'd expect for a game of such excellence. 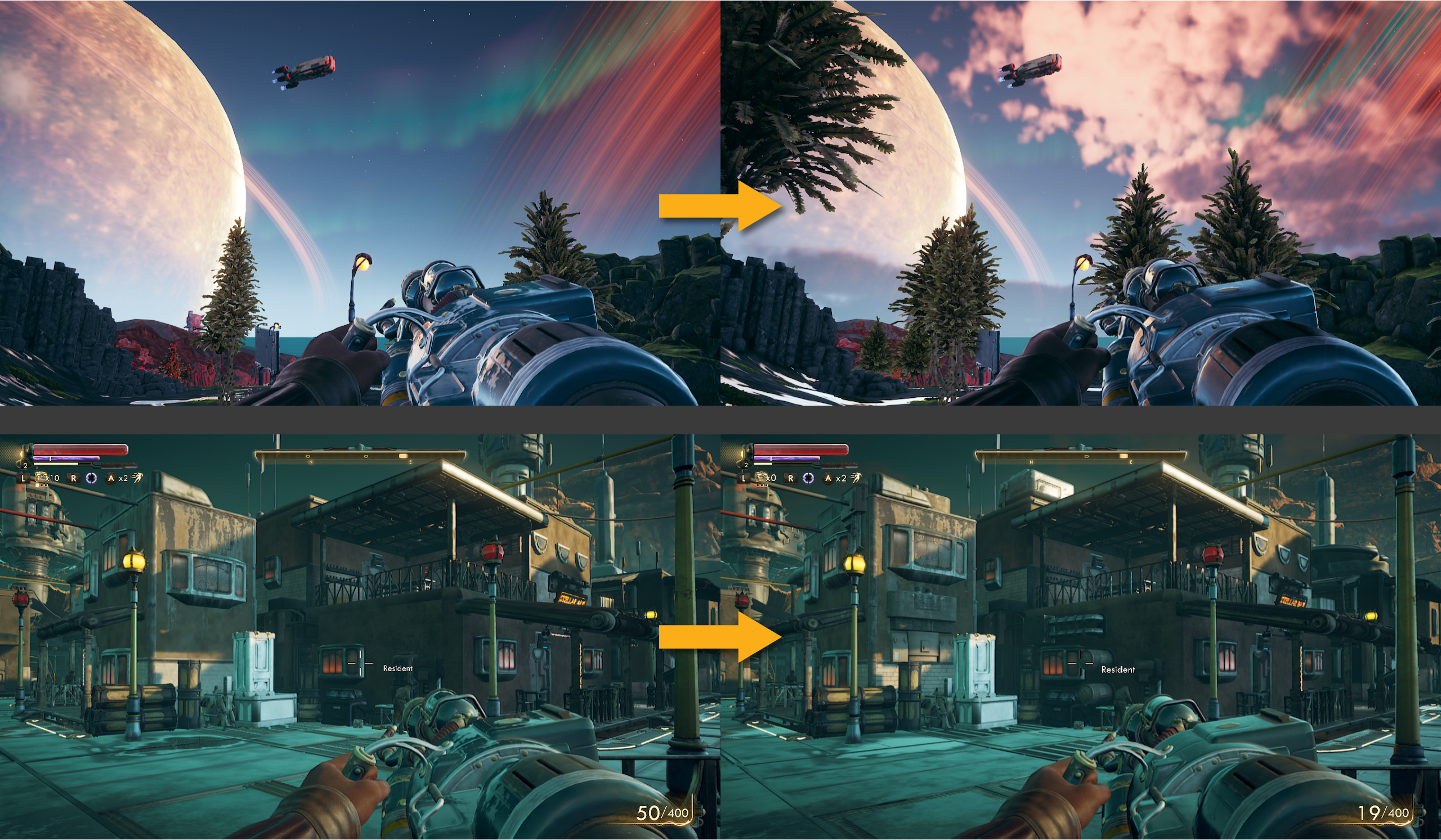 The top part definitely looks different, the bottom is a bit harder at first glance. Once you look deeper though you can see some nice refined details and changes.

Yeah with the bottom is mostly things like the air conditioners or whatever they are on top of the buildings and the pipes on the side of the right one, and on the far right what looks to be a whole building or at least the top floor of one that was missing pre-patch.

Honestly, I'm fine with upgraded details but my main concern is the framerate; so long as we get a decent boost over the rather choppy original build, I'll be satisfied.

Sorry if I said this before, but I don't remember anyone responding.

Am I the only one who wishes there were action figures of every Smash Bros. fighter who doesn't currently have or has never had an action figure of themselves?

I've been able to fill empty spots in my Smash Bros. collection with Amiibo of Game and Watch, Ice Climbers, Duck Hunt and R.O.B., but only because they looked in scale with action figures I had like S.H. Figuarts Luigi or Figma Samus Aran.

Mario Kart Live: Home Circuit has arrived on our doorstep, a few days late due to postage and the weekend.
My little brother is unpacking it now, (it's his birthday present) once he's played it I'll see if I can have a go and post impressions.

This was an interesting conversation to read. On one hand, curl-6 who disqualifies everything that isn't a big 3D world from being an ambitious game. On the other hand, ALA who dislikes curl-6's interpretation of 'ambitious' and would rather call it "huge like an ocean, shallow like a puddle."

Correct, Nintendo pretty much owns the 3D platformer genre. It's taken for granted that nobody else comes close to Mario because there's nobody willing to spend AAA money on it. Meanwhile, there's an abundance of AAA open world games, so constant comparisons are inevitable and makes it much easier for BotW to be talked about regularly.

Also, nice try likening Odyssey to Space Station Silicon Valley. "Much better version" really means a different game altogether. You know that you were reliant on using "transformations" in SSSV all the time because wandering around as plain chip depleted your health. The equivalent of the chip would be Mario in Odyssey, and unsurprisingly, Mario can do a lot more than walk around.

Have to say that, having spent over 750 hours on Animal Crossing, my game of the year is

Your island must be nice, bother sharing your dream code?

I so wish I had a child, and a big enough house to enjoy this.

Not judging anyone who can still enjoy stuff like this at an older age, but for me personally, I think this would be like Labo where I bought it because it seemed like such a neat idea and quickly got bored with it. But, if I had a child to play it with (and again an adequate living space) I think this would be a blast for me.