Apex Legends on the Switch supports gyro aiming, Respawn says it was a "challenge" to port but that they're happy with the results.

So now that Xenoblade DE is out ...... X port when? I know they basically deconfirmed it a while ago but, I imagine it might be on the table now. I guess 3 and the new IP are more likely to be the next 2 releases, though. 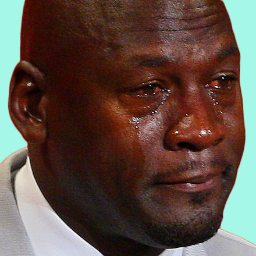 Better yet, kill two birds with one stone and make a Definitive Edition that's a port with an epilogue story and remastered graphics

and makes the music worse.

Given X's musical reputation, that would be quite the accomplishment.

It did at least won in the annual game music awards for outstanding newcomer artist, so yea, ruining such an amazing score would be an accomplishment.

I completely forgot that they were making something brand new.

After they've already spent precious time and resources remastering Xenoblade 1, I'd rather they just focus on actual new games from here on out.

No need to port X.

Xenoblade X is only available to less than 15m Wii U owners. Even if they're just gonna do a direct port without improving much of anything, it'd still be great if more people had the chance to play it.

I'd say have Xenoblade X in 2021 as a nice thow-in for the release schedule, and then sometime 2022-2023 they can plan the release for their new game. They can always just outsource for the port, though I'm reading that it's apparently not an easy fit for Switch.

I wouldn't expect Xenoblade 3 on Switch. That'll probably be an early title for Switch 2, though hopefully it'll get more dev time than Xenoblade 2 got.