Except won't that then duplicate purchases I've made for the chart tracking how many of us have bought each game? 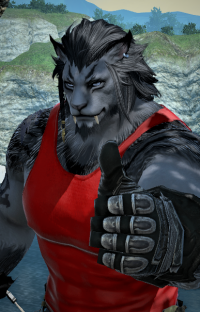 Yes it would. I could manually check for all your games by going over the entire thread. Do you want me to?

You mean control Fing through 315 pages? If so goodness no I don't want to inflict that misery lol. If anyone has to do that it should be me.

You can change the page settings so that there's at least 100 replies per page. That trims it down a lot. I think you can go even further than that if you have silver status. So it wouldn't be that much misery. :D

I just checked through the pages, and unless I missed a more recent post this was the one last of yours here @Dulfite :

Thanks! I double checked after changing settings to show 100 comments and you are correct! I also have an updated list of what I added on a google doc so I won't have this problem going forward lol. I can't remember all the rules, do games made with Nintendo IP but by 3rd party developers count? I will include them just in case.

What I've purchased since that last update that is 3rd party:

Zumba Burn It Up!

I have these on a sheet and I have 46 total 3rd party (unless the two I mentioned above don't count, then I have 44).

By the way, I had a much simpler method of finding your post instead of Ctrl F-ing through the pages: Just go backwards on the posts and look for a lion avatar ^^

Lol, it's Aslan from Narnia.

Also, how could that possibly be quicker? It takes me like 2 seconds to control F, paste name on each page to see if I have posts there. Then I click the next page and repeat. I got through the whole thread in a few minutes doing that.