I think it's official, Nintendo had the best reveals

Due to delays, franchise fatigue, and timing, Nintendo seems to have a comparatively strong 2017 lineup. We'll see if this changes in 2018 when delayed games like Red Dead 2 hit, but with the Switch already doing well, Nintendo has a real chance to grab some momentum. Nintendo's turnaround from the beginning of this year has been pretty amazing, and they're in a good position to continue changing the conversation.

Well considering Sony slowed down dramatically..... to catch up with their non stop AAA exclusive announcements...

If i were to grade each companies' E3 showings this year it would be:

So, yes, in that sense I would say they had the best showing this e3.

And, I guess you could say that, due to this positive showing, the Nintendo Switch gained momentum more so than the other consoles, so that is another form of winning I suppose.

If Nintendo does not solve the hardware supply issues relatively soon, compounded with this now added demand, the Switch might be sold out online fairly constantly until 2019.

Really hope they get the supply stuff straightened out...

I think this is about right.  Nintendo had the biggest surprises if the three, but they barely even count as announcements.  MS has the best show experience of the three, but no surprises.  And Sony had....  60 minutes of trailers of awesome games, and nothing else.

I tried to google this to see if you were correct, nothing except a bunch of old articles saying the game was not coming to Switch showed up.

Which only leads me to more anger since everyone was acting like Switch was doomed and couldn't even run Rocket League but when the game is announced, people are acting like it was a foregone conclusion and the way the internet once acted never happened. You guys make it difficult for people like me to stick around. 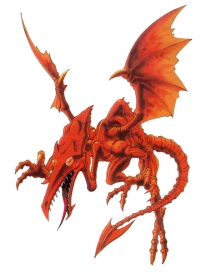 Nintendo won by have live competitions of Splatoon 2, ARMS and Pokken Tournament. Bethesda "lost" by pissing off their core fan base. The makers of Skyblivion will finish their labour of love, but I am not sure if any of them are going to be making any more high quality mods for Bethesda games. Considering that Bethesda wants to nickle and dime a community that believes in open source software.


Games I have Finished

They could have shown up. Held of a piece of paper that said "Metroid." Turned it around. It says "Core pokemon". And walked off the stage and still be getting this reception.