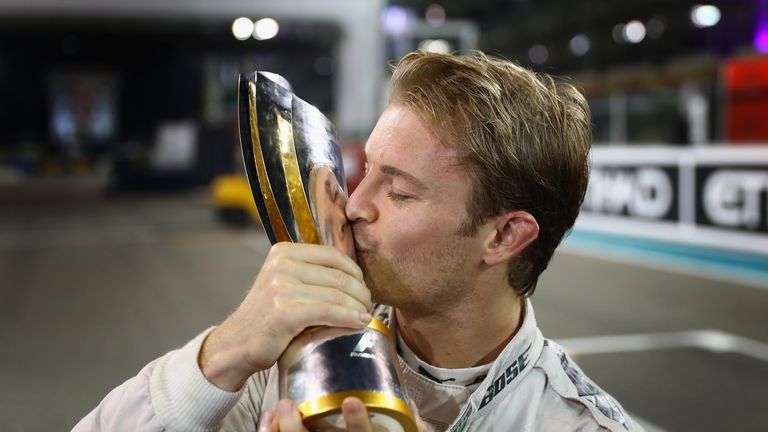 2016 world champion Nico Rosberg has sensationally announced he has retired from Formula 1 with immediate effect.

Absolutely shocking, really didn`t expect that. Although it does at least mean he is leaving on the ultimate high which is pretty special, how many other former drivers can say they won the championship in their last ever race?

Will be interesting to see what happens at Mercedes now though, I`d love to see Verstappen make the move there, it`d be great to see him with a really competitive car (and one that`s not named after a drinks manufacturer too

I don't keep up much with F1 at all. I thought Hamilton won every race in recent years. I guess not this year.

Wow, didn't see that coming. Hats off to him, he did what he wanted and now can focus on his family/other less stressful things.

Very interesting to see who takes his seat, Verstappen would be a good choice of course but I'd be very surprised if Red Bull weren't more competitive/closer to Mercedes next year. I would love to see Alonso in that car as I'm not convinced Mclaren can turn around their fortunes before he retires and he still seems to be driving as good as ever.

He had a lot of unfortunate mechanical issues that cost him the championship. In a critical race late in the season, he was leading by a country mile late in the race and the engine just exploded on him. That point difference alone would have been enough to secure the championship for Hamilton.

He still won more than anyone else this season, it just wasn`t enough

I expect he actually broke the record for most race wins in a season without wining the championship.

That's not expected. He's only 31, Barrichello was going til he was like 38.

Go out on a high I guess.

Wow that sucks for him (not really too bad since one should not expect to win every year).  Looks like he had some bad luck this year besides the wins.

First I was totally WTF'd but now there's only respect, this sorta thing takes guts and strong character.