Yeah I will combine those two, seem similar enough to still be classified as the "same" game.

Seems weird to not see Smeags' name on this thread.

Just a few more days to go, huh? It's always an exciting time when this is on.

Sadly I'll be away during the first few days (national Smash 4 tournament happening next week), so I guess I'll have to start late... or early, we'll see.

I've done this for the last few years and found it easiest to score games on 4 specific criteria and then rank by the average. This balances out what you consider "best" in terms of pure game mechanics/design vs personal impact for you.

1. Critical score (if I were to review it) when the game was released

2. Critical score when played today (how well has it aged)

4. Time spent playing (personal time played, not the length of a single playthrough or time to get to highest level)

This also takes into account games that may have been great at the time of release and hold nostalgic value with the evolution of gameplay and controls over time (which really helps balance out some of the old PS1 era games which have aged particularly poorly but hold a lot of nostalgic value for me personally).

Anyway, I'm sure you can come up with your own personalised way of ranking, but the first two years of building these lists I found I was constantly changing my list and was never fully happy with the order. This sort of scoring system really helped me.

Cool, thanks! That will free up a slot :)

heh, seems to have been quite a flurry of activity since you de-stickied it 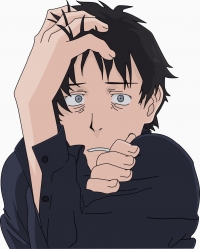 Sign me up, please! Missed last year's, so I should have a bunch of changes from last time I participated...