I think you're thinking of 2008; Brady did suffer a shoulder separation in 2002, but it wasn't until the end of the season when the Patriots were already severely underperforming expectations. 2008 was the year that Bernard Pollard tore Brady's ACL and knocked him out for all but the first 15 or so minutes of the season. Oakland and St. Louis both lost their MVP caliber starting quarterbacks in the seasons following their Super Bowl losses, so part of their downturn is attributable to that. There's really no easy explanation for the 2002 Patriots or 2003 Bucs, however (especially the Bucs, as they had made the playoffs four straight years). Both teams were wildly inconsistent throughout the years following their Super Bowl wins, playing extremely well at times (Bucs shut out the NFC Finalist Eagles in Philly, while the Patriots blew out the eventual AFC East champion Jets by 37 points in Giants Stadium) and uncharateristically poorly at others.

It's likely that it was more a mental issue than some tangible problem such as age or injury. Teams can get complacent after winning (or reaching) a Super Bowl, especially if they fail to learn from their mistakes like I'm confident Carolina didn't. The Broncos have had the misfortune of being in what has suddenly become the NFL's toughest division and still having no QB. If I was them, I'd be looking into picking up Tony Romo or Jimmy Garoppolo after the season.

Seahawks over Rams, Dolphins over Jets

Siemian should be better next year.  They need to get a lot better at the running back position.  That Raider team was really old though Jerry Rice was 40, Rich Gannon was 37 and Tim Brown was 36 and their main runnning back Charlie Garner was 30 and two of their key players on defense where also pretty old Rod Woodson was 37 and Bill Romanowski was 36. 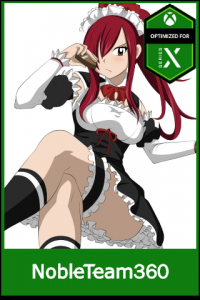 Almost forgot to make a bracket