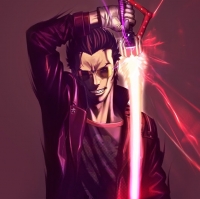 This would be my guess also although 210 for PS4 would be the top end of my estimate.

Not necessarily, at least not last generation. I assembled some charts showing the weekly averages for the middle third of the year for the 360 & PS3 during their pre-8th-gen years:

As we see it's kinda all over the place. With the 360 the only time June had a clear advantage over July was in 2011. I haven't been able to figure out what boosted sales that month. LA Noire and Duke Nukem Forever were the biggest games that month, but those were probably not system-sellers. There may have been some sort of big promos that month. In 2006 the 360 sold 7% more units per week in June than July, while in 2012 & 2013 sales were hardly down at all (1.3% and 4.5%, respectively). 2007-2010 saw weekly average sales go up in July, without any notable games or official price cuts.

As for the PS3, 2007's results were skewed by a major "price cut" (more like a SKU shuffling that resulted in a quasi-cut) in July, and 2008's were skewed by MGS4 releasing in June. 2011 had June's per-week average noticeably bigger than July's, but as mentioned we saw the same thing for the 360, so something was boosting the overall market for both systems that month, possibly promos of some sort. But ignoring those the PS3 was more consistently down in July, the opposite of the 360.

As for this generation, the PS4 & XBO both saw big increases in their per-week averages in June last year, likely due to special edition Batman bundles for the PS4 and the first 1TB SKUs for the XBO. In 2014 they did see noticeable dips in their weekly averages in July compared to June, however (13% for the PS4, 16.9% for the XBO).

So, it is true that July hasn't had a better weekly average than June in six years. In that case I might be willing to knock up to 20k off of my July estimates, in which case my August estimates would be reduced to ~300k for the XBO and ~170k for the PS4. We'll find out on the 11th what the exact July numbers are.

Anyone want to make a thread for No Man's Sky sales predictions? I just created this account so I can't make threads.

Either way, I would like to put my prediction here since there aren't any other sales threads I can post in other than the Japanese related threads.

Come on, Sony. Make this month REALLY interesting and announce a pricecut to $299. Just dreaming, I know. Without that, I'm sure the XBO will win August. Though, I'm not quite sure it'll do it by 2:1.

I think it can do a million fm.

I don't see Sony doing a drop on the base PS4 until the Neo officially debuts. Whenever that will be.

All Pokémon Skus in TOP 10 and The special Edition in TOP 5 lol.