Forums - Sports Discussion - Muhammad Ali, "The Greatest of All Time" dies at 74

Muhammad Ali, the silver-tongued boxer and civil rights champion who famously proclaimed himself "The Greatest" and then spent a lifetime living up to the billing, is dead.

Ali died Friday at a Phoenix-area hospital, where he had spent the past few days being treated for respiratory complications, a family spokesman confirmed to NBC News. He was 74.

"After a 32-year battle with Parkinson's disease, Muhammad Ali has passed away at the age of 74. The three-time World Heavyweight Champion boxer died this evening," Bob Gunnell, a family spokesman, told NBC News.

Ali had suffered for three decades from Parkinson's Disease, a progressive neurological condition that slowly robbed him of both his legendary verbal grace and his physical dexterity. A funeral service is planned in his hometown of Louisville, Kentucky.

Even as his health declined, Ali did not shy from politics or controversy, releasing a statement in December criticizing Republican presidential candidate Donald Trump's proposal to ban Muslims from entering the United States. "We as Muslims have to stand up to those who use Islam to advance their own personal agenda," he said.

The remark bookended the life of a man who burst into the national consciousness in the early 1960s, when as a young heavyweight champion he converted to Islam and refused to serve in the Vietnam War, and became an emblem of strength, eloquence, conscience and courage. Ali was an anti-establishment showman who transcended borders and barriers, race and religion. His fights against other men became spectacles, but he embodied much greater battles.

He was a role model for me growing up, whether you like him or hate him you can't deny that he was one of a kind.

R.I.P. to the greatest of all time.

Mods can you please change the forum I accidentally chose "Gaming".

God have mercy on his soul
He inspired many, one of the all time greats, as great asthey may come
Rest in peace

Rest in peace, you will be missed by many. 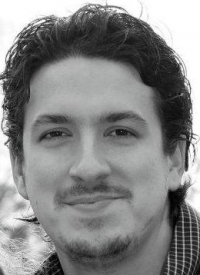 My father idolized him when I was a child. Despite my love in boxing, even as a kid, I couldn't fully grasp just how great and transcendent he was until I was older. He was truly one of a kind. Death sucks!

My favorite fighter ever, watching his fights is what made me start boxing as a kid.

Well, it's time to rest. The sport just lost a major symbol.