Don't do that. You're not doing Nintendo or those who want Nintendo to make good stuff a favor. If you think something sucks, don't buy it. You send the wrong message.

one piece of market they can succeed, IMO, is getting the 3DS market. although shrinking, the 70M from the wii U+3DS market seems pretty good for these days. trying to be a ps4 neo wont lead NX to anywhere.

How exactly is the added power of the new models relevant if no game is meant to use it exclusively?

And if its a HH is it still DOA? I doubt itll do under 30mil if this is the case. Especially when japan will do over 15mil alone (if HH and HC)

Are we even sure at this point that Nintendo is competing directly with MS/Sony?

This might be another case of Nintendo trying to get the casuals back in. Not that I think it'll work though. The more time passes the more it becomes clear to me that the Wii was a one time thing and Sony/MS has the core gamer market on lockdown with various price entry points with their new consoles. I really don't see an audience for Nintendo besides their ~10 million diehard fans, especially with all the bridges that have been burned with 3rd parties.

Someone comparing rumors to the NX whic most info we got are also rumors......

I'm wondering the same myself, no game is going to exclusively use any extra power so I don't get how it's any issue for NX if the platform is on par or more powerful than the current models. 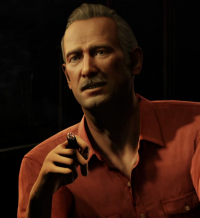 Nintendo has a perception problem with their consoles being weak already, we live in a Digital Foundry world now, where they will highlight your consoles shortcomings weekly.

Microsoft and Sony are starting a serious arms race, that I don't think Nintendo can afford to participate in.

I agree.  If I were Nintendo, I'd make the NX stronger than the PS4 and jump on the unified library concept between handheld and console as the NX's big selling point while defending the top spot in the handheld market with everything I had.  Along with that, I'd leave the NX open to upgrades like with the supplemental computing device so as to give NX console owners an option if they want neo/scorpion-like horsepower.

In fact, I think Nintendo would be better off if they had a supplemental computing device to act as their version of the Sony/Microsoft console upgrades.  That way, the base NX would act like the 'cheaper model' and NX owners won't have to waste as much money to get an upgrade compared to xbox/PS4 owners.