I could never understand why some gamers see it as a negative when console games gets a PC releases.

I mean, I would rather see the game sell more, the franchise continued and the developers not going into the red, which usually leads to them alienating their fanbase or worse going bankrupt.

There is a reason I am still waiting for Suikoden 6 & Mega Man Legends 3 and why it took more than a decade for Shenmue 3 to happen. Not something I would like to see happen often. 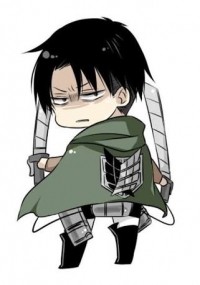 Well im not making it complex sentence, the op is talking about xb1 losing exclusive so i assume he is talking about current gen that's why i only said ps4 and wiiu owners. As Azuren point out, my statement is about people like them who dont have or have no intention of buying xb1 but would like to play this game and the only alternative is to play this on a pc.

Except no. Again, this is just a desperate rationalization in the face of your preferred console losing one of its biggest reasons to buy said console. Talk all you want about how this is an overall victory for Microsoft Studios, but depending on how well it sells on PC you might see more and more Xbox exclusives run on PC as well. And then suddenly poof.

Xbox is gone because there's no longer a reason for it.

That goes without saying, though!

You have done no research in your posts which leads me to think your not even serious. Your basing your facts off He said She said nonsense.

Let me explain it to you and prove you wrong just for the giggles. Microsoft have stated many times that Xbox is an important part of there buisness

As stated by the CFO, so whos word do i take here, the CFO to one of the biggest corpations in the world, or an unknown forum warrior claiming the end of a profitable gaming devision?

XB1 has 20m units sold to customers around the world, and basing Xbox off the past, this isnt the first time great AAA MS games crossed to PC. Halo 1, 2, Gears 1, Fable 1, 2 and afew others have all made it to the PC yet the XBox consoles are still around.. wierd why? Xbox biggest brand Halo made it to PC and yet the XBox version outsold it by miles.. interesting.

Hardware sales dont bring in the profit, Companies focus on where the money is. If your going to sell more games with a higher profit margin then selling consoles with less profit margin then the anwser is simple. Sell the games. QB will sell 500k on PC and maybe even more compared to selling 100k consoles where Xbox only make little to no profit what-so-ever.

Go on, i want you to buy QB on PC, go support MS and XBox while trying to downplay there own hardware, its funny reading these comments. MS make billions a month. Thanks for contributing.

Yeah but now Sony and Nintendo people who weren't going to play the game anyway might now play on their PC instead of never buying an Xbox One to play it. That's a lot of lost non sales for Microsoft.

You're basically supporting his side of it though, Azzanation. Read the bolded parts carefully. What benefits MS doesn't necessarily benefit xbox.

Not really surprised about Quantum Break, as given the developer's very pro-PC attitude, this of all games was the one I'd have pegged as most likely to end up on PC as well.

Anyway, releasing their games on PC is beneficial to Microsoft, (Xbox One as a platform perhaps less the case, but for Microsoft as a whole, definite 'Plus') beneficial to the consumer base as a whole, (because more people can get their hands on the game,) and beneficial to me personally because it means I can try the game without buying my fourth platform in two years. That being said, I do hope they become a little more upfront about specific platform availability for titles going forward. My list of 'Exclusives That Make Me Want An Xbox One' has more than a few question marks on it because the only title that interests me personally which I am pretty much 95% positive WON'T be on PC is Sunset Overdrive. Crackdown and Scalebound are still kind of an 'I dunno' right now.

Where did we loose platform and exclusive... It's still on Microsoft platform only and without Xbox they wouldn't exist.... And with Onecore this platform distinction you are trying to make will fade more and more...
I don't many console gamer who care about PC gaming... If you have a gaming PC you have plenty of material to play for centuries without caring about a single console exclusive... This is a non argument... It might concern a real tiny percentage of very improbable Xbox buyers in the first place...