GamechaserBE on 28 January 2016
The city of Brussels is a hellhole—or so says Donald Trump. In an interview with Fox Business Network on Tuesday, the prospective Republican U.S. presidential nominee lambasted Belgium’s capital for being dominated by Muslim extremists. 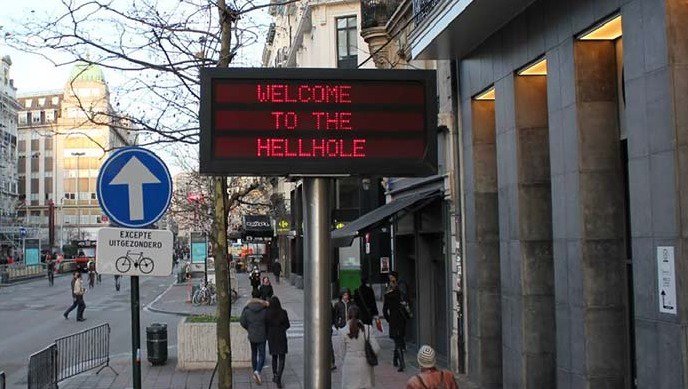 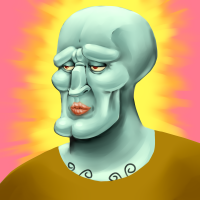 Jealous of what exactly? Just curious in what way you think I ought be jealous.

Yes, Trump is a billionaire. Most of his personal wealth is from scamming investors, taxpayers, and the government itself. This is publicly available information...feel free to get a clue in the near future. ;)

Amazing how I completely demolish your position on his business acumen so you immediately formulate an entirely new position...

I think it's hilarious how often people talk about Bernie Sanders' age. You guys obviously have NO IDEA how old the average president is in this country... and that Trump is ONLY 3 years younger than Sanders. Bringing up age at all makes you sound like a bunch of teenagers arguing on an internet forum... oh wait...

Hehe, I remember our discussion on this. That was fun, and in the end we sorta agreed

Let the anxiety flow through you ...

@Underlined You got so bent out of shape that you had to demean others to get your empty point across but it's too bad you have no proof that he's doing anything like a ponzi scheme ...

Is it safe for Trump to come out? Is he still hiding from Ms. Meanie Megyn Kelly?

We've meddled in alot of other countries' and regions' affairs over the last 50 years or so too and committed plenty of atrocities far worse than the war in Iraq, but for some reason it's only the ones that are dominated by radical Islamists that seem to have it out for not just us, but the entire western world in general.

Just as an example, during WWII we nuked and napalmed the hell out of Japan, killing hundreds of thousands of innocent civilians in the process, most of whom were women and children.  During the Cold War / Vietnam War era, again we slaughtered countless Vietnamese simply because we feared the spread of Communism in the region.

Yet somehow today we are buddy buddy with Japan and Vietnam and do business with both like we've been BFFs since day 1, and neither population is trying to wage a neverending jihad against us despite having every right to do so considering what we've done to them in the past.  I wonder why that is...

This needs to be said more than once ...

It's mostly their problem, not ours ...