Forums - Nintendo Discussion - Would you be OK with Nintendo killing the Wii U so early?

Are you ok with killing the Wii U so early?

Even going back and playing them today, I still find Kendo, Bowling, and Archery in Wii Sports Resort more fun than Nintendoland's minigames.

well Resort was good. a big step up from the original.

Obviously there were a lot of expections that were not met, such as Mario Strikers, Animal Crossing, and so ons, but overall I'm still pretty satisfied with the Wii U, and like anyone who's been paying attention, I've been expecting it to get replaced sooner rather than later anyway. I don't buy systems at launch so NX releasing this year wouldn't even affect me.

I don't think the NX is 2016, doesn't make sense... I would be all for it though, always nice with new hardware!

So maybe Nintendo wouldn't really hurt anything because of the Wii U's lackluster performance?

Well, the typical lifespan for a console is about 5 years. SNES, N64, and Gamecube all had lives that long in America and Europe (SNES had an extra year in Japan). At 4 years, the Wii U's lifespan wouldn't be cut off THAT early. And given the system has received mainline entries from virtually every major Nintendo franchise, bar Animal Crossing and Metroid, I'd say four years, after the release of the new Zelda, is a good place to end it. Especially given its failure to sell all that well. Even Gamecube lasted 5 years, but I believe even the Gamecube has sold better.

If Nintendo can get a console that competes reasonably from a power perspective 3 years into the lifespan of PS4 and One, they might stand a chance of attracting third parties and core gamers outside of the Nintendo crowd. They unfortunately squandered what the Wii did for them with more casually minded gamers, so that seems like the route to go if their going to start rebuilding their market share.

Honestly, the only stuff that would really worry me would be that it would be years before we received new entries into Smash Bros and Zelda on the console. Personally, I'd like to see them port Smash 4 to the NX, with some new modes and characters, rather than starting the whole game from scratch. Produce a proper adventure mode, add a few more fan favorites, bring back the Ice Climbers. Hell, they could potentially make some of this stuff available to the other versions as DLC if need be (aside from Ice Climbers, I guess). I don't really think we NEED another Smash after 4, but the NX will obviously need one. So why not?

I think it's too early but I'm ok with it. 4 years is almost the common lifespan for a Nintendo console and next hardware is gonna be pretty decent. I haven't played everything I wanted on WiiU yet but I know Nintendo needs to go on, indeed!

I like my Wii U, it has some great games and is fun to play solo and with friends, BUT Nintendo need to kill it off soon. 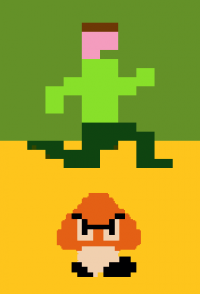 How the fuck can you find such justifications? Name at least one console (nothing obscure) that was handled so disrespectfully?

As a happy Wii-U owner I wouldn't mind it one bit.

except a few drama queens I don't think anyone really oppose it.