- Koei Tecmo has shut down the possibility that a localization for the PS4/Vita game will ever take place. 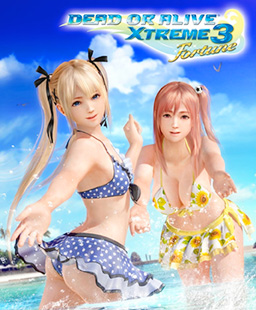 Koei Tecmo previously considered a western release of the game if fans would ask for it hard enough but now Koei Tecmo is singing a different song.

“We do not bring DOAX3 to the west and won’t have any plan change in the future. Thank you for asking,”

Feminists, you win this time.

Such BS...... anyways China gets my money instead they will have english version over there

What a terrible way to start my morning T_T

But I was told it was not censorship if a developer makes the decision themselves.

Well, if one door closes, two more have to be open somewhere. Importing the game should solve the problem, unless feminists have access to people's homes and they shame the person online if they see they have the game.

Game isn't that great any more, i believe the original creator or whatever said it merely sells on a sex appeal rather than being a decent fighting game.