Ronda has virtually no way of beating a fit former boxer, especially one who can kick well. Holly killed her in the punching exchange and just kept kicking and attacking whenever Ronda attempted to try and take her down

this is an impossible fight for Rousey to win. I will add that Holly has a pretty big previous career in boxing, she was great, so it's not THAT big of a shock.

I think there are plenty of contendors that would destroy Ronda in a fight if given the chance, it's just (obviously) that the UFC wanted to cash in on her hype and put up certain fighters (notice her opponents generally had limited experience, limited reach, not bulky, limited boxing experience, etc.)

congratz to Holly though, watching her interviews before and after she's such a gracious person

lmao! Wow she pretty much detailed it.

She was to close the distance and that's why she cahsed. Frankly, Ronda's takedown ability seems to be dependent on people coming or during a clinch. Perhaps the needs to learn more ways to take fighters down. She should go train with some wrestlers I guess.

Looking at the fight again Rousey did attempt judo throw when Holm clinched, but Holm managed to slam Ronda down and got up.

Ronda didn't play dumb, she was dependent on her striking because grappling wasn't working out. She landed some good punches and was probably hoping for a knockout.

Personal experience.  I used to always get into fights when I was young until I started boxing.  It gets all the anger out in a safe and controlled way.

Local boxing clubs in rough communities do wonders for the youth. That's a fact.

Every punch and every kick she sucked i smiled

She acts like a kid all the time, extremely arrogant, and showed extreme disrespect by her oponent , didnt touch gloves and at the end of the first round she pounched her way after the belt ring, i was like, wtf sp stupid...

She looked like a frustrated kid running around cause someone stole her popsicle until she eat a fucking kick right in the face and got knocked the fuck out.

Delicious tears from her fanboys lmao

Next is Jose Aldo if he does not be a bitch and run away from the fight again, chris weidman is another that is getting arrogant as fuck and needs to be knocked the fuck out by Luck rockold and for last i hope Jon Jones comes to the ufc again to get Daniel Boring Cormier out of the title.

Could be time to google "Binky facts and opinions" !

But yeah there is some benefits of Boxing clubs but there is also some massive negatives to them and when it comes to teenagers with anger issues should you really be teaching them that a way to get that out of their system is by smashing someones face in until they are ko'd? What happens when said Teen has a partner and kids meaning they don't have time to get out to spar in a club anymore? I'd personally say that if someone has issues of that nature that finding the root of them in counciling would be a far better and long term solution than giving them another person to punch until the issues have subsided. 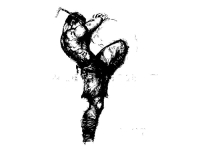 Skill beat Arrogance. She used basic technique to make Ronda look like an amateur. Ufc should cut the hype jobs next time. Its a disservice to the sport and tot he intelligent fanbase.

Holly skills is on a level of the top 10 strikers of all mma world wide.

The whole mystery behind Machida's style was always just a marketing gimmick to hype him up just like saying Ronda is a once in forever athlete. He didn't start losing because people suddenly figured out his style, he started losing more often because he now fights top 10 opponents each and every fight, he was never a dominate presence like the UFC hype train tried to make it seem back in 2009. He was an undefeated 8-0 prospect coming into the UFC and slowly worked his way up beating lower/mid level competition, around 2009 is when he started fighting elite level competition on a regular basis and his record from 2009-2015 is 9-7. He has had some dominant performances (Thiago, Rashad, Couture, Bader, Munoz, Dolloway) had some competitive wins (Rua 1, Henderson, Mousasi) some competitive losses (Rampage, Davis, Wiedman) and had some fights where he was convincingly finished (Rua 2, Jones, Rockhold, Romero). He hasn't won more than 2 back to back wins since 2009, he has never consistently beat top 10 opponents and was never to dominant fighter people seem to think he was.

No, she couldn't close the distance because she has rudimentary footwork, if she couldn't get close enough to hit Holm than she sure as hell couldn't get close enough to clinch, it's as simple as that, u can't clinch something that u can't get a hold of. It's not as simple as, "oh I'm getting hit, I better clinch!!!" because Holm never allowed her to close the gap and be close enough to clinch for any significant amount of time. Rousey's skillset was not where it needed to be in order to beat Holm, that however doesn't mean she is always destined to fail against Holm, there are some things she can do to improve.

Number 1 is better boxing fundamentals, Rousey is never going to be as good a boxer as Holm, just like Holm is never going to be as good of a Judoku as Rousey but having better boxing fundamentals will allow her to close the gap. She can't just come plodding straight forward throwing haymakers. She needs to use lateral movement to cut off the cage, use a solid jab and straight punches to establish range, use feints and level changes to keep Holm guessing. With these things she potentially trap Holm against the cage where she can utilize her Judo to score takedowns.

Number 2 is if and when the fight goes to the ground, don't rush for submissions that aren't there. Rousey has been used to being able to armbar pretty much anyone from any position. The one time she had Holm on the mat, she immediately went for an armbar that wasn't there and allowed Holm to get back standing. Again, it comes down to solid fundamentals, one of the first things u learn in grappling is position over submission, when Rousey has Holm down she needs to stay heavy and keep her down then soften her up with some ground striking to allow her to pass guard then set up her submissions from there.

Rousey can potentially win a rematch, it just comes down better fundamentals in all aspects of the game and not thinking she can KO/submit/throw anybody whenever she wants.