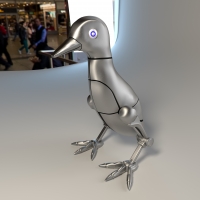 I am happy with it, it has become one my favorite consoles, also it got my wife into gaming, so now it is okay to spend more money on games, I cannot complain.

also, pikmin 3 with my wife has been a blast.

I'm really satisfied with my Wii U to be honest.

About buying the next one during launch, it is up to their line-up.

I wasn't expecting that many games to begin with, still I didnt anticipate the droughts that we had during the entire generation and the lack of diversity of genres is just painful. So yeah, even with my low expectations on the system I'm pretty disappointed, nx can't come fast enough

Compare it to Gameboy, SNES, N64 and Gamecube then. The NES i actually owned later when i already had an N64, though even there...

And yes, the Gamecube had lots of Mario games, but more other stuff as well.

I know, Mario has really become iconic and it's a strong IP. But it has become to much. The single one reason i won't buy Super Mario Maker this year is i'm fed with Mario for some time.

Now, lots of Mario and friends wouldn't be that bad with more diversity overall. But exactly that's what is missing.

Even we still dont have Zelda, and we lack some of a games like Metroid, I am pretty satisfied Wii U owner.
Console have some amazing Nintendo games and more are coming.

If NX is not just handheld, but home console or hybrid device i will probably buy it on launch if price isn't over $299.

I'm very impressed with my Wii U so far, love it to death. Also super hyped for NX

What is ur point?