The man sulked his way through the mandatory interview, and walked out in the middle of a question. I find Newton's sulking entertaining.

I don't think anybody likes to get asked the same question five times. I don't blame him for leaving when the journalists had run out of questions so quickly. 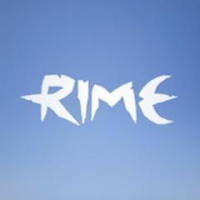 He walk away because he could hear a Broncos player talking about his play on the opposite side of where he was sitting.

I tell my oldest daughter I'll call her in sick tomorrow so we can all just go directly to the parade, but she doesn't want to skip because of her perfect attendance record. So now I have to take her to school and then come back a couple hours later to take her out so she can keep it in tact though it's pretty far out of the way. I swear, her sense of responsibility is kind of annoying.

Need to get off the internet, buying so much cheap, kitschy crap.

The parade and rally was amazing.  Went to the previous two as a kid and thought I knew what cramped situations were like, felt like there were more people at this one than the first two combined.  People crawling over the statues in the park, climbing light posts, traffic lights trees and the sides of building trying to get a better look at the festivities, and hours after it everybody was still there, a sea of orange chanting 'let's go broncos', 'defense' and 'miller time' and it felt like everyone was a long time friend that you had been through thick and thin with.  I even had a cordial conversation with a chiefs and raiders fan without the desire to beat them to death ever creeping into my mind.  Was one of the most beautiful things I've ever seen.  The broncos supplanted my daughters, at least for the day, as my third most beloved thing in this world.

Oh fuck, it's starting to set in that the season is actually over, now we're left with six months of nothing, or worse, baseball.

True, but fortunately I also like the NBA and somewhat like college basketball and I'm also slightly follow the NHL.  But I agree with you about baseball can't stand it either its just too boring.

You folks need to actually attend baseball games in person. There are few better ways to relax than with pregame tailgating, followed by excessive drinking and watching a game unfold.

Since the Texas Rangers have a open field stadium its too freaking hot at most of the games I don't want to boil to death while I get bored to death at the same time the game is just too slow at least when you watch it on TV you have some decent adds between innings.

Not really a huge fan of Shaun King, but, Peyton and Archie Manning, everyone, court documents are difficult to spin:

Apparently Marshawn Lynch retired, but much like Favre he is only going to unretire and join a new team?

Either way big gap to fill for Seahawks.