Not a strong defense for your reasoning.

It's funny to see people who love a console they know nothing about.

Because the quoted post was nothing more than playing the victim card. Besides, the facts you presented aren't an uninterrupted sequence, so the point you brought up isn't even good to begin with.

"I am right, if you exclude everything that contradicts my point."

That's not a good way to go about it.

They were all traditional consoles, and declined in sales from the predecessor. Wii took the world by storm with waggle, but once people stopped caring about that after only 4 years, its sales fell off a cliff. WiiU had Nintendo going back to being a traditional console and, well....you see the trend continue.

NX will have to do some obscure thing that'll make people say "I wanna play this way instead of with just a regular controller" because traditional gaming is, and has been, on the decline for Nintendo home consoles.

Nintendo needs to get over this attitude that they shouldn't have to invest in marketing...
This weird insistence that they can rely entirely on word-of-mouth is killing them...
They also need to consider what games those most likely to adapt early/day one most want to play...
They messed that up with both the 3DS and the Wii U...
Who the hell determined that early adapters want Nintendogs and Nintendo Land???
And they need to not think Animal Crossing spin-off titles can substitute for the real thing...

Certainly not entirely correct, but good enough to work with. Since NX is said to offer a brandnew concept, will it sell better or worse than Wii U?

If NX cant compete on a graphical level it wont sell shit. 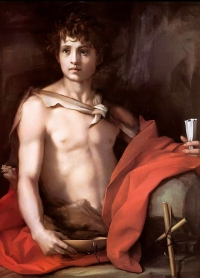 If the NX will be a system sold both as a home console and a handeld, then it's quite impossible that's going to sell less than the Wii U. Probably it will do a bit better than 3DS. Ever heard of an outlier. That's exactly what the WII was, it was an outlier in a sense that the WII obtained the biggest casual audience any Nintendo console has done/will ever do. When carrying out an experiment, just because you have one outlier doesn't mean that suddenly the whole experiment shift towards that outlier but rather that it is quietly disregarded as something which had gone wrong in the experiment and shouldn't effect the final conclusion of that experiment.