Never heard of her.

Yeah... call me in 5 years when she will be a washed up act, who will accept a "concert" in every rundown "rock" pub that there is in Eastern Europe

This is like watching Farmville fall from grace, once again

I'm not trying to be mean, but do you have a TV in your house, a radio, did you just get the internet? She's the biggest artist in the world and one of the biggest eever

That's what you guys were saying when I first joined  this site in 2008.. She's been the biggest artist in the world in years. If this was the 70s she would be on the beatles, queen, pink floyd level.. In fact, she is already more famous than them if they were at her point of her career then they were at theirs. She already has 160 million singles and albums sold. You're confusing how pop/country music works, once someone gets this big theyre around forever... Say hello to Madoonna and Britney. Taylor could literally make anything happen musically snd everyon e would snap to attention.. She's it!

Wow that is absolutly amazing! Cant wait to hear every single one of her art manifestos and to share my love of her with my grandchildren later on

You will. She is a country/pop rock star legend already.

Every time I see her I want to make her eat a sandwich. 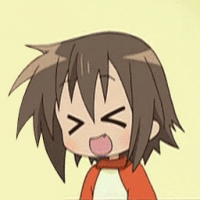 Pop music sucks.
Also, you say she's the biggest thing ever, I disagree, going off the pic in op she has borderline anorexia.

Are they still together?