Forums - General Discussion - Would you date a transsexual? Also people that think that men are somehow less complicated that women are utterly deluded. 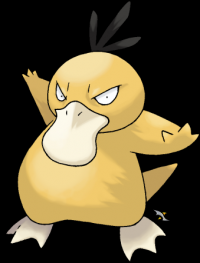 Such a big question for a Videogame Forums.

Well, it's not like videogamers are not allowed to go out on a date with someone!

I always feel bad for Trans folks, because they have a long way to go before they're seen as normal (just like gay folks did for the longest time). Yet, despite my encouragement, I'd still never date a trans person. I'm mostly straight (Technically Bi, I think a 6 on the kinsey scale), but to me, physical gender matters. I'm attracted to a person for their sex AND gender. I like vaginas. I like penetration of said vaginas. I don't want to be dating someone who has a vagina...but doesn't want to get penetrated because the have a male personality. I wouldn't want to call them my boyfriend. I Wouldn't want to be in a gay relationship with someone with a vagina.

There is no angle where I Wouldn't be uncomfortable. So rather than force myself into a relationship with someone I'm not feeling as a potential partner, I just avoid it. No need for confusion.

No, Post-op trans? I likely could do that. If you identify as female and have a vagina, thumbs up. because yes, believe it or not, physical gender DOES matter. it might not to some people, but it does to me and most people. That's why the 'trans movement' has been so heartily stifled.

I'm all for their rights, but I personally always felt people should be honest about that stuff. I would be livid if I was dating a 'woman' who ended up being a 'man' physically. I wouldn't tell them they aren't entitled to that decision, but I'd want to know. I think that's important.

I clasify myself as bisexual btw.