Which one defined the system? 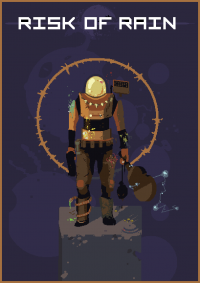 for me it was final fantasy, I really liked 7 the most and i played it over and over. FF was all i ever heard about on ps1. open a magazine FF for ps1, never saw tony hawk, ever.

Final Fantasy VII was undoubtedly the most important title for the PS1. In the U.S. the PS1 had a dreadful start, with sales comparable to the Wii U before its first price cut in May 1996. It was lagging behind the N64 in monthly sales from the N64's launch in September 1996 on through the summer of 1997. Through the first half of 1997, the N64 sold upwards of 1200k units, while the PS1 only managed somewhere on the order of 850-900k units. But when FFVII launched, it caused PS1 sales to spike to around 375k. With this renewed interest in the PS1 brought upon by the massive success of FFVII, the PS1 went on to sell nearly 3.5 million units in Q4 1997, more than doubling its lifetime sales in the U.S. That's right. The PS1 sold more in four months than it did in the previous two years. From then on, it continued to outsell the N64 by a comfortable margin, and would go on to beat the NES to become the new best-selling console ever.

Of course, that's just U.S. sales. While we don't have actual sales for Japan and Europe, we can make some deductions based on shipment figures. The PS1 totally dominated Japan that generation, but apparently it had a slow start as well, with only two million shipped in its first 15 months (and Sony's PS1 shipment figures for Japan includes other Asian markets like South Korea, so Japan proper had less than 2M shipped at that time). 11 months later, by November 30, 1996, it had reached 4.2M shipped. However, by March 31, 1997, it had reached 6.5M units shipped, a nearly 55% increase. FFVII was likely the biggest culprit, having come out in January '97 in Japan. By the end of 1997, the PS1 had exceeded 10 million shipped in the region. So, like in America, it appears that after relatively slow sales, the PS1 picked up some major speed following the release of FFVII.

Europe is a more ambiguous case. Total lifetime shipments in the region trailed those in North America for a good long while. FFVII came out in the region in November 1997. However, only 1.7 million units were shipped in Q4 1997, bringing it from 6.1M to 7.8M. By comparison, total LTD shipments to North America by the end of 1997 stood at 10.35M, up from 7.8M at the end of Q3 '97. LTD shipments trailed North America until summer of 1999. Rather than FFVII, Gran Turismo appears to have been one of the first catalysts to speeding up PS1 sales in Europe. GT was released in Europe in May 1998, and in Q2 1998 over two million units were shipped, more than what was shipped in Q4 '97. Another 2.2M was shipped in Q3 '98, and almost 2.6M were shipped in Q4 '98. Overall, the PS1 went from 9.64M shipped by the end of Q1 '98 to 16.5M shipped lifetime just nine months later.

Had the N64 been CD-based and retained Final Fantasy and other titles from major third parties of the day (Dragon Quest from Enix, Metal Gear from Konami, and Resident Evil from Capcom), it's quite likely that the PS1 would have failed to find anywhere near as big of an audience than it did. FFVII opened the floodgates, and without it PlayStation may have become a niche brand in America and Nintendo would still dominate Japan. The PS1 may have still performed decently in Europe, though if third parties had stuck with Nintendo it likely would have impacted even European sales for the brand. Without PlayStation becoming a juggernaut, there's no telling what the European market would have ended up like. Nintendo's decision to stick with cartridges in the fifth generation resulted in the single biggest paradigm shift in the market since the Crash of '83, and the loss of Final Fantasy was the biggest blow to Nintendo and the biggest boon to Sony.

I remember Resident Evil being absolutely huge asst the time (as was Tomb Raider) but, of the games listed, I guess Final Fantasy VIII got people excited. Those CGI commercials made people go crazy!

Final Fantasy obviously, but there were other games like Tekken 3, Residnt Evil, Tombraider that boosted the psone sales heavily.