Sunset Overdrive is set to be released exclusively on the Xbox One on 28th October, which is just another five days away. Amazon previously had a Sunset Overdrive bundle available for pre-order on its website which came with a white Xbox One, as well as the game itself, and some Day One in-game content.

However, if you take a look at the Amazon website right now, you’ll see that the Sunset Overdrive bundle is currently sold out. Players will still be able to sign up to be notified when the bundle is available again, but this should give a good idea of how the game will do sales-wise once it has been released.

Sunset Overdrive will be made available exclusively for the Xbox One on 28th October.

First Kinect Sports Rivals sells out, now this. Xbox One is killin' it homies.

We're talking about when Amazon tried to get rid of deadstock right? 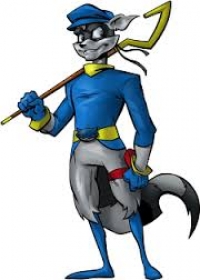 Toastboy trying to start something yet again...

I wouldn't look into as much as you think. Its good that its sold out but its not everything.

Example Destiny PS4 bundle sold out a couple times and it was at the topof the charts (like top 2 or 3). X1 bundle didn't break top 50, meaning its very very limited.

Im saying it for yur sake, dont overblow it expecting a huge # like Destiny/etc. Its not in the top 100 best 2014 sellers, neither is Sunset Overdrive currently. Though MCC is jumping up high currently (top 90 now)

Shhh... I can hear the jimmies rustling. xD

Toast is some MS workers son, Phil Ss kid. Bill G him self ?