Forums - Movies Discussion - Who best represent the Superhero they play?

Who best represent the Superhero they play?

We live in a world where the Human Torch is Captain America, Hal Jordan is Dead Pool, and now Daredevil is Batman.  We have had a handful of different Batmans, a few Supermen, and a couple of Spider-man.  Are there some actors who do the role so well that we shouldn't see replacement anytime soon?

The easy two are Hugh Jack Man as Wolverine and Robert Downey Jr. as Iron Man.  Both Actors have talked about retiring from the resprective roles.  It is hard to imagine now but they could eventually get replaced by a new actors.

How do you feel about this? and are there other Actors/Actresses that are so Iconic in thier role that you don't want to see someone else fill the role?

For me, I also felt that Toby Maguire was a great Peter Parker, which is one of the reasons why Its hard to get into the new Spiderman.  I also think Patrick Stewart is older Professer X and J.K. Simmons is J. Jonah Jameson.

- I am not against reboots and giving others a shot at playing these Iconic characters.  It's just hard to imagine anyone else being Wolverine any time soon.

Thanks for including Reeve in the poll, I assumed he'd be forgotten. The old Superman films are certainly dated, but his portrayal of Clark Kent is as good as it gets.

If Chris Evans was available, I would have picked him for Captain America.

I had him in the poll but replaced him by the other option.

He makes a much better Cap than the Human Torch.

Bale and tobey are my favorites. 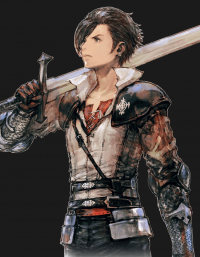 Hard to imagine anyone else in that role, much like Hugh Jackman w/ Wolverine and Robert D Junior w/ Tony Stark.