Forums - Gaming Discussion - Battle of the Giants:Which do you like more WD or MK8?

Well, I've yet to play either, of course. I expect MK8 will be the better game and it's certainly reviewing better. Though I do like WD's fresh theme, I expect the actual gameplay to mirror AC and be more style over substance.

In this kind of poll, at least in this forum, exclusive game will almost always win, no matter if actual game is better or not (not saying that is necessarily the case in this poll). Imagine if all political parties had such a loyal voters... ;)

Anyway, I think that poll is a bit silly since there are very few people that played WD so far, and no one have played MK8 (except those French). So what exactly are they basing their opinion on? Reviews? Or bias?

Not to mention that both games are aimed at pretty much completely different audience...

That said, I think question should've been "Which game are you more interested in?"

It's been 18 minutes since my post, when Mario Kart was at 80 votes.  It's now at 126 votes.  46 votes within that short amount of time?  There's not even that many active Nintendo members on the forum. 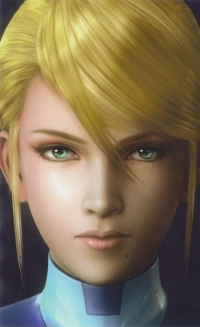 There Are Many Paths to Gaming Heaven

why did you even try?

Haven't played either of them, will let you know when I do.

Mario Kart isn'teven out yet though