They need to reboot the franchise and start over. They need to make it survival again. Slow zombies, limited supply's and so on.

I would even take a Remake of one of the first 3 games.

All Resident Evil 5 had going for it was the coop. I went to my cousins when he was playing Operation Raccoon City and he showed me how you can literally run through the levels/missions. I got to see the ending because of that. And yes, the story was poor. Finally, I recently completed Revelations and although the gameplay was a step up, the story and game design were badly paced imo.

If i was the capcom boss:

I would make a Resident Evil remake(again) with full 3D map(not pre-rendered scenarios) and you can choose jill,chris,Rebecca(unlockable),Barry(unlockable),Wesker(Hardest unlockable character).Each one with their story perspective.The gameplay would have two option:

And i would release two BIG and valuable dlc:

After that i would make a RE2 remake with full 3D map and two gameplay options.You can choose claire,leon,ada(unlockable),Hunk(unlockable),Jill(hard unlockable char.),Tofu(unlockable),Akuma(Super hard and secret unlockable);

This revelations was good but i think people overhype it because it was exclusive. its good but not that good.

Of course, RE7 can be a great action game. But, if you're looking for an old school RE experience, you'd have to hope that they do more of that stuff on handhelds.

I would say definitely not given the game's impressive lineage up till around 5 and 6.

But my advice would be to reboot the game series and remake resident evil 1 so it can get away from the reputation of recent releases and add modern features to the game.

But the most important things in my opinion is to make the game's scary again.

it might be but idk. A lot of people blame this on resident evil 4 for "ruining the franchise". I think Resident Evil 4 did the best job of making it a 3rd person shooter and a action game but still the same scary atmosphere. And because of this its my favorite. Honestly i think resident evil 5 did this to the series 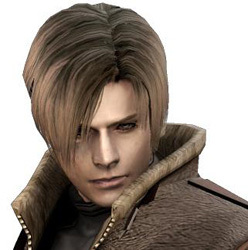 Leon is not  very happy, because you left him out! :(

Can you imagine how good the game would look if it still had 2D background? Imagine 99% of the X360/PS3/WiiU/XBO/PS4's power was used for characters only, we'd have an amazing looking game.