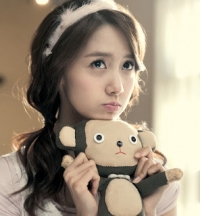 I look into some other gaming forums and look what i saw is something interesting about GTA V. Not sure if it fake or real though. I let you guys decide.

Here is one of the article :

What suggests this test to be reliable, is that Rockstar is developing something called GTA: City of Paradise. Anyone can be anything, but the most consistent expansion points out is that GTA 5 include Las Venturas, the Vegas version that appeared in GTA: San Andreas. But it is also possible that it is a spin-off of GTA 5, ie, a completely new project based on GTA 5. An example in case you are confused: GTA: San Andreas is a spin-off of GTA 3. If so, GTA: City of Paradise could go on PS4 or Xbox One, the major consoles and current generation. Now, you can trust this rumor? It is a disconcerting rumor because anyone can access the directory with the images of this alleged meeting with Rockstar Socialevo. If someone was a hoax, it is normal to be "invented" a directory that only he could access.But just in case, stay skeptical and wait for news. potent Another rumor about the future of GTA 5 is hidden in the same game. It is rumored that the first expansion in its history will challenge you to bring Michael, Trevor and Franklin for a big hit. Meanwhile in GTA Online, the multiplayer of GTA 5, fans have had access to early Near one of its future shocks Ready to rob a bank?

Here is the source : http://www.cinemablend.com/games/GTA-City-Paradise-Real-Or-Hoax-60652.html Please let it be on vita!!
But it will probably just be DLC or something...

I hope so,we need a gta game on vita since the psp and the ds has one. If it is DLC i hope it would be something like The Lost And The Damned and TBOGT. Either way i would be happy if this is real.

Guessing its fake, if it is real I'd think its story dlc for GTAV and not a Vita game.

All i need is San Andreas stories...

Why ? Is san andreas story that really good ? Other might disagree with me but i think GTA IV has the best story among other GTA game.Beside we had franklin,he like cj 2.0 to me

PS Vita port of GTA V will be amazing. But this is probably for console versions. Either way it will be awesome.

Hopefully its a DLC expansion to GTAV! Las Venturas or San Fierro!

Gotta get them to make GTAV Complete!