Forums - General Discussion - What is the worst movie you have ever seen?

Red Heat. Even though Arny is my favourite actor.

The worst movie I've ever seen was the one with your parents.

Taxi Driver. I'm done with Scorsese after seeing that movie.

Does it have to be the whole movie?

If not. Scary Movie... uh... 3 i think. The one with the evil Ipods. Left that movie about a third of the way through...

and i got in for free.

Before that... i don't know... Top Dog? That's a movie where Chuck Norris, and his partner... a dog stop neo nazis from assassanating the pope on hitlers birthday.

I remember one scene where, pinned down by automatic fire, pistol not getting the job done. Walker, i mean Chuck, just stayed pinned behind crates till the dog saved him. Despite those crates being full of Automatic weapons and Ammo.

Well even that movie I walked out shortly before the Nazi assassanation attempt.

Hm. Worst movie i've seen all the way through... maybe the reanimator. Funny... but also scarring as you see a decapitated John Kerry perform oral sex on strapped down woman against her will.

Manos and the Hand of Fate
Trust me, none of you guys are really grasping the full definition of bad movies, this one is the all time king

Suprised no one has siad Mission to Mars. That is only a good movie with lots of friends late at night with verbal commentaries on just how bad the movie was.

I loved that movie 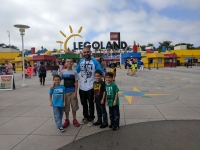 Just no, people, no.