- The price differential change from +33% to -20% in playstation's favor. This alone will up the relative PS sales at least by 50%, and decrease the Xbox sales by 33%. I'd say do the math, but the math is up above, already done.

Are you revising your numbers?

There is no indication the Xbox One could fell below 35% WW. And much less 40% in NA.

You are puting to much faith in price and overstimating PS4 apeal. 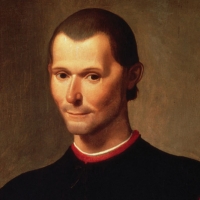 If things remain as they are. I would expect the following in the next 6 months:

Xbox One remains healthy in North America & UK, drops to Wii U levels in Europe and rest of world.

However I don't expect Microsoft to remain idle and let this happen. Expect a sub 400$ Xbox One SKU without Kinect, in 2014. If they are really aggressive, they could hit a 300-350 price point to justify the system's inferior hardware. Things could get really interesting then.

I saw a clusterfuck of obvious statements that any layman could provide. Sorry, Professor, but nothing impressive here.

I haven't touched anything on original estimates, and I don't see much of a reason to have any revision for now. But I will revisit in 1 year, and see what'll happen. So far, I hardly had any reason to revise any of my earlier estimates at all. I believe my judgement is pretty solid (and based sicentific data and good observation, without letting my bias cloud my judgement).

Those things are / were not that obvious because there are still MANY people out there who claim that Xbox brand is too strong to have a market share less than 50%. All those statistics are not just my opinions, they are calculated and proven statistical estimates. Not just yet another person's willy nilly ideas who happens to guess when things are obvious. I have had those estimates the moment those consoles were announced.

Way earlier than that, I actually predicted even the architecture of those consoles, claiming that both consoles would use APUs from AMD, coupled with many cores (though I was guessing quad core) and abundant RAM (at least 4 GB). Now those things may seem obvious to you, when I had those predictions, 99% of people just flat-out dismissed APUs to be too weak, suggested RAM amounts too low etc...

It is easy to have day by day, obvious estimates. The art is estimating mid to long term based estimates on easily trackable and provable scientific data, and being very consistent on this.

And yes, I am seriously a college professor.

Out of those 1 million sales,
Let's assume that

let's also assume that this sales figures extrapolate to the future exactly like that...

I didn't have any specific estimate for UK alone but it sure is expected to have market shares between NA and EU, closer to English speaking NA. So the current 48 hours split, 38%-62% tends to make sense, resembling the NA market, though a bit closer to EU. To be more specific, I am guessing the XB1 share in UK may either go up a bit (around 40%) or somewhat diminish, mimicking EU; but either way, the XB1 share will be consistently below NA and above EU average.