It's been a long time we've been waiting for the next sequel of the magnificent Kingdom Hearts, given that the two first ones were released on ps2, the last one in fall 2006, which lead logically to a next release on ps3 or multiplat current gen. With this big userbase the ps3 and x360 have, why did Square Enix choosed to developp titles for handheld of that gen (DS - PSP) and not on home consoles ? We could have justified this by the tendacy towards handheld's games, and the easier developpement, but then again why would they come back to home consoles now?

Can't actually think of a proper explanation, what about you ? it could be worse, it could have been kingdom hearts forever.......

Yes you're right but even though, back then in 2006 or 2007 (final mix) KH II was released on ps2, and ps360 were already available. Plus, 7 years have passed if they wanted to make one they could've done it anyways. look at all the spin-offs on DS and PSP.

Because they've been unable to get the bat off their shoulder all generation long. But the series has declined rather precipitously since going to handhelds, so as Nomura said some time ago, it's time for Kingdom Hearts to return to home consoles.

SquEnix development cycle has gone from 5 FF games in 6 years to 3 in nearly 9. This even includes the online games. That said, for spin off titles they have put out a lot (remakes and alike) and on hand held systems in Japan where they probably made loads of money. Who knows really.

Noo please SE not that again.. But they already showed both early KHIII "rumored" and Versus back then, and still they've become next-gen, don't think the only matter is how it's long for SE to developp games, they have intentionnaly gave the game a rest on consoles. We had plenty of other FF, *lightning says hi*.

Finally i'll just say it's Square Enix, and you can't explain that. 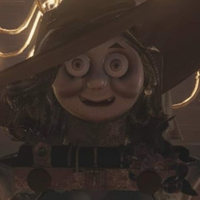