Forums - Microsoft Discussion - Xbox 720 is going to be killer.

Milo didn't happen on Kinect 1.0 because either Kinect 1.0 or Xbox360, or both, wasn't really powerful enough to achieve what was being touted for Milo. Whether that's because the final Kinect specs were a bit gimped compared to the original concept in order to put a reasonably priced device on the market or that even the tech in the original concept product wasn't up to it I don't know. Perhaps Nextbox and Kinect 2.0 will be able to manage it. 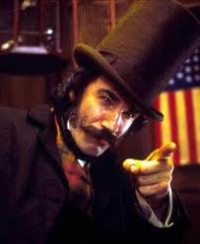 Ew bad example.  I'm pretty sure Milo turned out to be a completely scripted fake demo.

Excuses, excuses.  Doesn't change the fact that they pretty much lied about what kinect was capable of.

Well, first of all, Kameo isn't a platform game. And it's not a very good game.

Second of all, that's specious logic. Platform games like the ones Rare made in the 90s (by the way, it made racing, fighting, shooting, and other action games, too) don't exist on the Xbox 360 or PS3 (apart from HD ports), so we don't know how well they would do if properly advertised and supported.

Third of all, you seem to be referencing arguments I never made, i.e., Xbox users care about the types of games Rare created in the 90s. All I said was that I don't trust Rare to make great games anymore, and that Rare's decline has more to do with its top employees leaving and with Microsoft mismanaging the studio.

This Piñata here disagrees with you: Even if MS properly advertised and supported Rare games to your liking, you presume MS could create an audience we haven't really seen on the Xbox.

It was a lot easier for Rare to make great games in the 90s when there was less competition and they knew how to make games the NIntendo audience loved.

I'm very optimistic for Ryse, could be something great I've never experienced before.

I don't think it's fair to compare GoldenEye, Perfect Dark, Jet Force Gemini, Diddy Kong Racing, Killer Instinct, Banjo-Kazooie, Conker's Bad Fur Day, Blast Corps, etc. to Kameo. All of those games from the 1990s are amazing; some are masterworks. Kameo is an above-average action-adventure game.

I do agree Kameo would have been more successful on Gamecube, for example, instead of Xbox 360. But not because the audiences are so radically different, but because Nintendo would have supported the project and steered Rare in the right direction.

Finally, I don't think competition or audience had anything to do with Rare's success in the 1990s. Rare had a group of supremely talented designers, programmers, artists, and composers. It used that talent and the IPs it borrowed from Nintendo to create some of the best software this medium has ever seen. 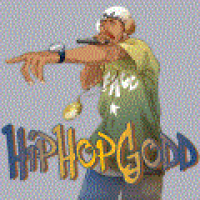 Has the name "XBOX 720" been confirmed yet or is that still just what people call it online? I don't like it but it's far better than "Nextbox". Not that "Playstation 4" is so creative. Heck, WiiU is even worse. I guess I hate the names of all the consoles lol. I think the new XBOX is going to be awesome but I usually only get 1 console per gen and I'd more than likely stick to Sony. I'm imagining XBOX's hardware to surpass Sony's when they make the announcement.

Dreamcast is a pretty cool name for a console.